Garena introduced new improvements, characters, and a new functional weapon through the Free Fire 4th-anniversary update. The latest additions to the line-up of characters result from Garena’s partnership with Greek/Belgian DJ Duo Dimitri Vegas and Like Mike. The new additions, especially the characters, have got the fans pretty excited.

When clicking on the obtain button, it shows a pop-up of “The item will be available soon.” However, the characters are not available in the game store. The arrival of Dimitri and Thiva is expected through later in-game events. Players will get Dimitri through the diamond top-up event, while Thiva will arrive later in the game.

Thiva in Free Fire: Character ability and how to obtain it in the game

Vital Vibes is a passive ability that requires no manual activation. Gamers get a power-up in terms of increased rescue speed (help-up speed). The speed increase is as much as 5% at the base level, followed by an HP recovery. At level one, the HP recovery will be around 15 within five seconds. 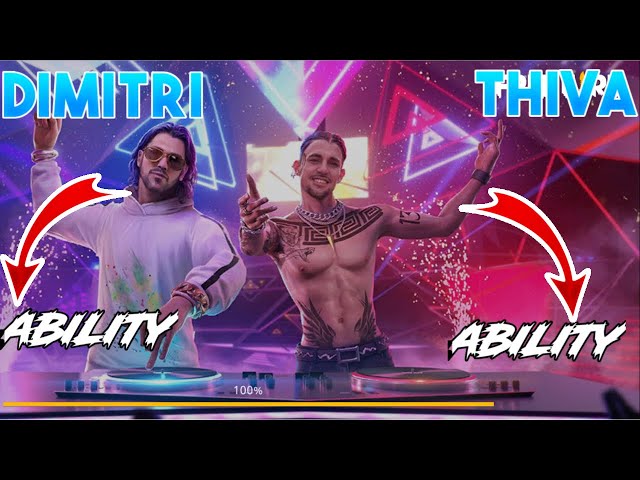 How can players procure Thiva through Free Fire’s 4th-anniversary event this month?

Garena has not revealed much about the 4th-anniversary event. But players can get Thiva through the Free Fire 4th anniversary celebrations on August 28 for free. Thiva will probably not be the only character available through the event, and players will have to choose between certain characters.

Apart from the choice of characters, players can also expect specific tasks that can be featured in the event. After the completion of such tasks, players will be able to redeem Thiva in Free Fire. The only thing revealed about Thiva is that it will be a free reward for the 4th-anniversary celebration.

Players will have to wait a few days until the official confirmation from Garena arrives.