The Project hosts have slammed the federal government for begging young Aussies to get the AstraZeneca jab only for them to be knocked back by infrastructure failures in the Covid vaccine program.

Tommy Little said deficiencies in the nation’s troubled vaccine rollout make his ‘blood boil’ after speaking to a 26-year-old Melbourne man on the Channel 10 program on Sunday about his struggles trying to get the jab.

Rupert Condon said he responded to the Morrison government’s call to action but faced the website crashing on him, and even when he finally got through found no available appointments for six week.

Furious co-host Little claimed the government is ‘gaslighting’ young Australians by asking them to come forward for vaccination despite not making appointments available, even for AstraZeneca of which the nation apparently has a surplus. 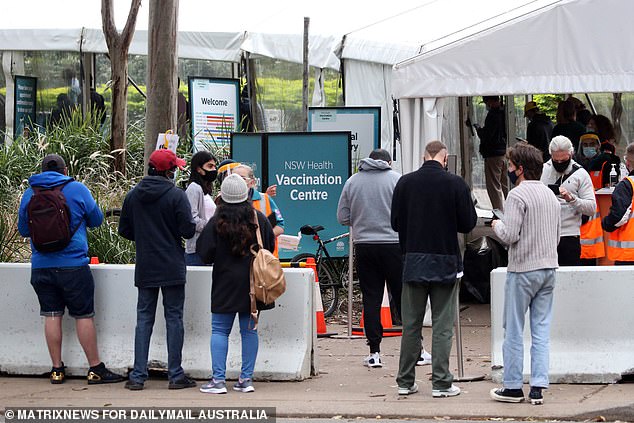 ‘I see ads on TV – the government telling us to get vaccinated and it makes my blood boil because it is their fault we don’t have the vaccine,’ Mr Little said.

‘I feel really sorry for young people at the moment. I feel like the government is basically gaslighting them.

‘They keep pushing people to get vaccinated and they don’t have enough to go around.’

Mr Condon said he and a friend visited the Sandown vaccine hub a few weeks ago to get the AstraZeneca jab after a mate told them the facility was usually quiet. 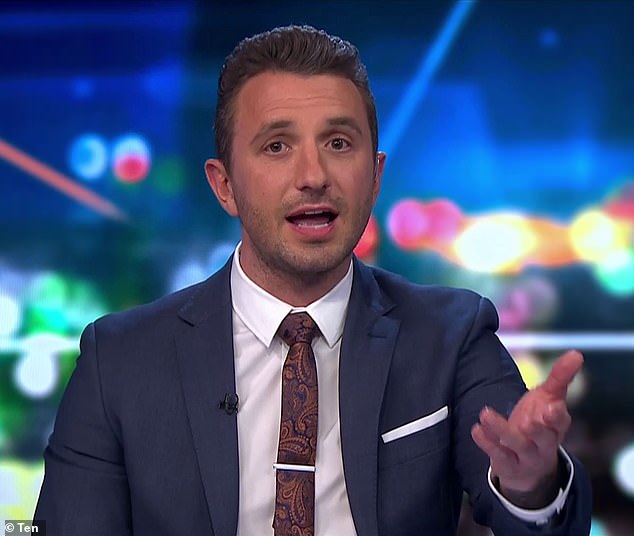 Despite the website stating walk-ins were acceptable, Mr Condon said on arrival staff told them they would first need to book online, only for the site to crash as they tried to make appointments on their phones.

‘After multiple attempts were we were told to give the Department of Health a call, but 25 minutes on hold was enough for us,’ he said.

‘A senior member of the hub came out to tell us it is a minimum four to six wait.

‘Our question was, you have an empty hub today, no-one is in and out, surely you can find two spots for two young guys to get the jab?

‘To say the least, it was quite frustrating.’

Mr Little said he had similarly been turned away from a centre and was ‘infuriated’ the government was targeting vaccine messages towards young people while supplies remain low. 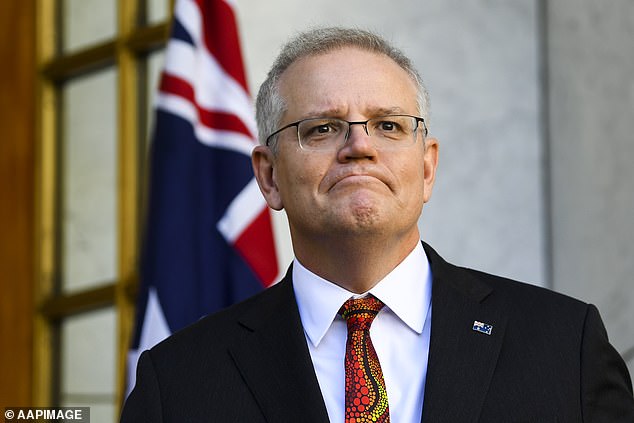 As multiple states grapples with the highly infectious Indian Delta strain, the government has been urging Australians to get the well-stocked AstraZeneca jab, with high vaccination rates touted as the gateway out of lockdowns.

But despite claims there is ample supply of the onshore-made vaccine, Mr Little said young people willing to take up AstraZeneca – despite it being initially banned for under 40s due to a very rare blood clot condition – were still encountering difficulties.

‘We hear that this age group of 29 is going to be the most hesitant – but this is a hypothetical. You guys [the government] don’t have it and yet you are spending millions of dollars advertising for a product they don’t have,’ he said.

‘I’m booked in, but I have had the same frustration as Rupert – I go, I try to get it, I get turned away, I sit on my couch, turn on my TV and I see an ad saying “go out and get vaccinated”, I’m like, what?’

‘It is really really frustrating. I had a slight run around as well trying to get the jab,’ Ms Fran said. 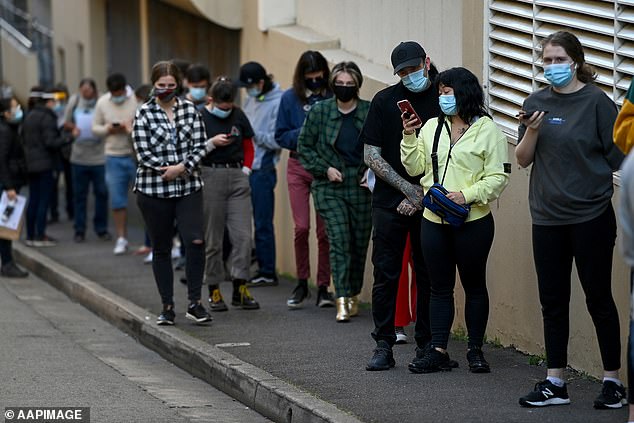 Both state and federal governments have touted mass vaccination as the key to ending Covid lockdowns (pictured, people wearing face masks line up for their Covid-19 vaccination at the NSW Health walk-in AstraZeneca vaccination clinic in Glebe on Saturday)

‘It is frustrating trying to figure out what is amiss when trying to get access to the AstraZeneca,’ he said.

‘We know there is not enough Pfizer,  [but] there is meant to be enough AstraZeneca.’

Lisa Wilkinson said it was ‘crazy’ the website is crashing and the government needs to ‘get its act together’.

On Sunday, it was announced Australia’s first drive-through Covid vaccination hub will open at a former Bunnings warehouse in Melbourne, while Victorians under 40 will be offered AstraZeneca jabs at state-run clinics.