Gladys Berejiklian has been forced to awkwardly sidestep questions about her ex-boyfriend Daryl Maguire during her Covid-19 press conference.

The NSW premier was giving her latest update on the state’s outbreak on Monday morning when she was asked about reports that she intervened in the assessment of a $5.5million grant to a shooting association in the disgraced MP’s electorate.

‘Isn’t that a serious conflict of interest that you were in a secret relationship with him at the time?’ she was asked by a reporter.

Ms Berejiklian quickly hit back at the question and told the journalist to ‘respect this press conference’.

‘What you are putting forward is ridiculous as all proper processes were followed,’ she said.

Ms Berejiklian’s personal life came under intense public scrutiny last October when she admitted to an ICAC corruption inquiry she had ‘a close personal relationship with Mr Maguire. 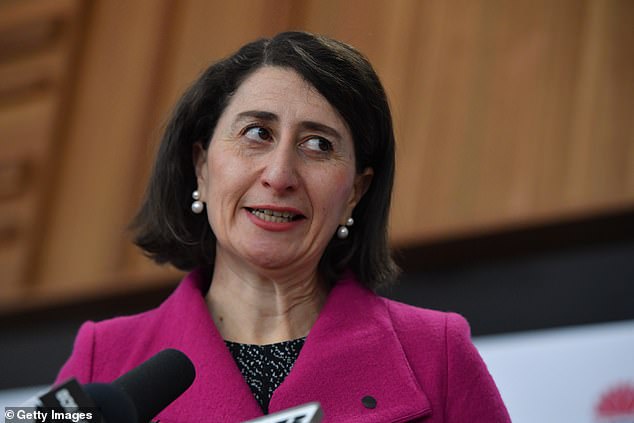 The journalist then referred to the part of the report that claimed Ms Berejiklian wrote to Mr Maguire to thank him for bringing the project to the government’s attention.

‘Wasn’t that [thanking him] a serious conflict of interest given you were in a relationship at the time?’ the reporter asked.

‘I refer you to my previous answer and please respect this press conference. Any other questions?’ Ms Berejiklian replied.