‘The Eagle’ won 13 straight fights in the UFC before retiring as lightweight champion last year.

“When I go to the cage when father with me I feel like at my back I have lion.”#OnThisDay in 2019, Khabib Nurmagomedov defended his belt with his father in his corner in the UFC for the first and only time.pic.twitter.com/zWqTbA32kK

According to Sonnen, Khabib Nurmagomedov was a smart fighter. He said the Russian knew he would be most effective at 155 pounds and prepared himself accordingly for every single one of his fights in the UFC.

Sonnen pointed out that Khabib Nurmagomedov usually walked around at around 200 pounds. However, the Dagestani chose to fight at lightweight because he knew he’d be able to beat every fighter in the division. In a video uploaded to his YouTube channel, Sonnen stated:

“He knew what it takes to get to 155. He knows his level of discipline and lack thereof. I have been around Khabib when he was out for a period of time, he was cornering athletes and Khabib was about 200 pounds. So that number of 155, what it takes to make that, what level of dedication and discipline perhaps is what gave Khabib the confidence and there’s no reason to get bullied out of your weight class by the way. This champ champ business is a very real talk, but you have a job and it’s not how people are going to remember you or what your legacy is or trying to control some kind of a narrative, it’s winning the fight that I have next, and that’s what Khabib did.” Sonnen said.

Check out Chael Sonnen discussing Khabib’s weight class in the video below: 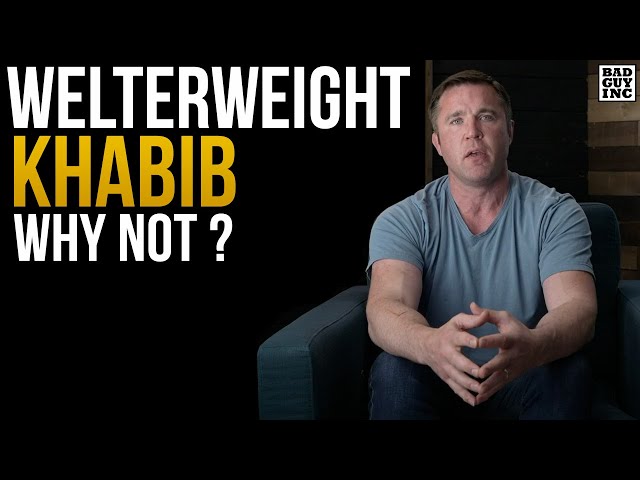 Chael Sonnen doesn’t believe Khabib Nurmagomedov avoided a move to welterweight because of his friendship with Kamaru Usman. Both men are also managed by Ali Abdelaziz.

‘The American Gangster’ pointed out that had Khabib left the lightweight division and moved up to welterweight, it would have benefitted his longtime friend Islam Makhachev.

“He is friends with Kamaru Usman, I don’t think that’s the answer at all. I do not think that Kamaru had anything to do with it. Just by example, because Khabib is very close to Makhachev, if Khabib had left 155 and gone to 170, it would have opened a door for Makhachev, which in all fairness, even in Khabib’s retirement, it has.” Sonnen said.