Mikel Arteta has admitted that he finds it hard not to think about Arsenal’s troubles after their poor start to the season.

The Gunners lost their opening three games of the Premier League and failed to score before beating Norwich City at the Emirates in a morale-boosting win.

There has been a lot of pressure on Mikel Arteta’s shoulders after the Gunners spent more than £100 million this summer.

Despite strengthening the side, Arsenal have underperformed under Arteta, which has made him a maligned figure among a lot of the fans. 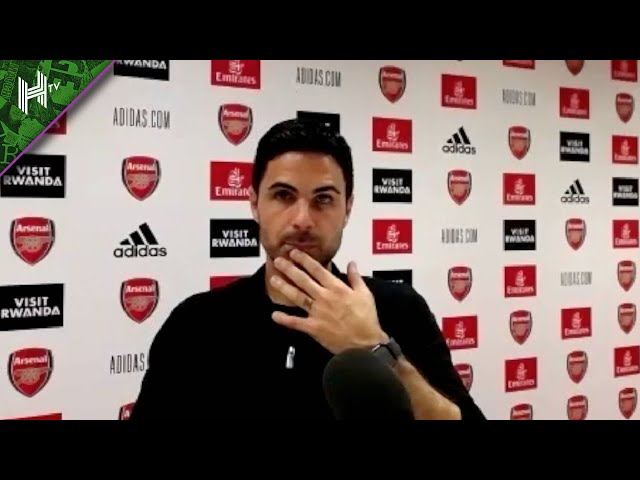 Arteta has explained that he wanted to hit himself because the results have not gone right in the last few weeks.

“I think it is impossible not to [bring your work home]. That’s why when you see your kids running around you and your wife trying to just change the topic and see everything from a different perspective, it’s so helpful.

“That negativity has to come away. You have to bear in mind that first of all you are doing everything you can to your best capacity, and don’t kid yourself or look for excuses. Normally the easiest thing to do is blame the players: ‘They are not good enough. I have this, I have that.’ And then you try to over-coach them.

“I was not willing to do that because first of all they don’t deserve that. The people around this club don’t deserve it. You just want to hit yourself because you are not doing things right and you are not getting the outcome you think you deserve,” the former midfielder admitted.

Arsenal will look to build some momentum after beating Norwich City

The Gunners looked a bit like their old self against Norwich City as they created plenty of openings but didn’t put the game to bed.

🗣 “I just saw a crowd that wanted to inspire the team… it was a very special reaction. Thank you very much.” – Mikel Arteta#ARSNOR

Pierre-Emerick Aubameyang’s solitary goal was eventually enough for the Gunners. The clean-sheet will also give Arsenal a lot of belief after they conceded nine goals in their opening three games.

With some more winnable fixtures on the horizon before the north London derby towards the end of the month, Arsenal will hope to climb up the table and challenge for European football.

From Ronaldo’s homecoming to Messi’s new journey! Follow SK Football on FB for the latest updates