The arrival of Patrick Mahomes ultimately led to the end of Alex Smith’s time in Kansas City. Almost three years after his final game with the team, Smith caught up with Mahomes this week. Smith is currently working as an analyst with ESPN and was tasked with interviewing the young quarterback after their Week 1 win.

Smith was a professional in his interview with Mahomes, according to Chiefs Wire.

“It was really interesting,” Smith said of the experience. “Patrick definitely had an edge to him, and I think the whole team has it.”

Alex Smith talked about why he thinks there is an “edge” in Kansas City this season.

“I think they’re embarrassed by the Super Bowl loss,” He explained. “They’ve been hearing it all offseason, and the main point is I think they’re determined to show that they’ve grown from it.”

After the interview, Smith reportedly went on to watch tape of the Browns’ playoff game with Patrick Mahomes last season in an effort to help the quarterback. However, is Smith still in a position to be able to give Patrick Mahomes advice?

Alex Smith and Patrick Mahomes: No longer mentor and mentee

When Patrick Mahomes first arrived in Kansas City, Alex Smith was the clear mentor. He’d been in the NFL for about a decade and had seen everything with the exception of a Super Bowl run. Even in Mahomes’ first year as a starter, Smith was qualified to give advice based on his experience in the regular season and playoffs.

However, when Mahomes went to the Super Bowl and won the game in a comeback, he usurped Alex Smith in terms of credibility. At this point, it doesn’t quite make sense for Smith to keep the mentor-student dynamic going.

As a retired vet who never reached a Super Bowl, let alone two, and never came close to setting a new record for touchdowns, Smith has little in the way of pedigree in that aspect. 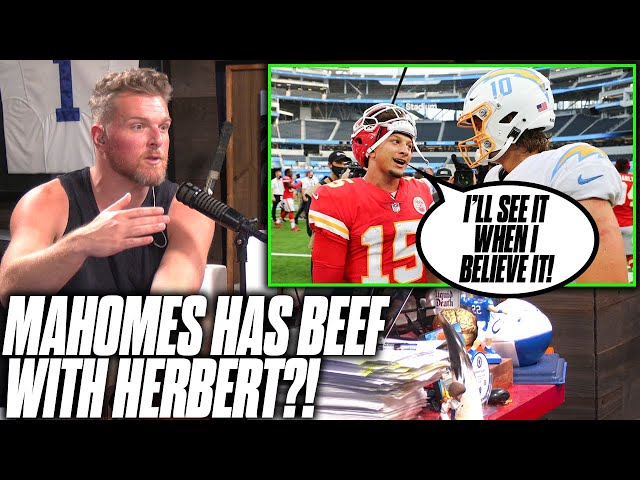 For Mahomes, the interaction must have been somewhat awkward, as he’s dwarfed Smith in every way imaginable. At this point, the only useful advice Smith can give Mahomes is how to deal with injuries and when to retire. Smith was hailed as a thorough professional for how he recovered from his injury, duly being crowned the Comeback Player of the Year.

For Mahomes, the only quarterbacks worth getting advice from are Tom Brady, Ben Roethlisberger, Peyton Manning, and other such legends. Mahomes is in their league now.