John Cena has had his fair share of controversial angles over the years. One such angle involved him feuding with former WWE superstar Carlito and his bodyguard Jesus. Carlito said that the angle where he was accused of stabbing Cena was the one he was asked about the most.

Carlito joined the WWE main roster in 2004 and was immediately given a solid push. His first feud was against then US Champion John Cena, who he defeated to win the title in his first match on the main roster.

Speaking to Chris Van Vliet, Carlito talked about his rivalry with John Cena and how people thought that he tried to kill the 16-time World Champion. He talked about the ‘stabbing’ angle and recalled that in the end it was proven that his associate Jesus was the one who tried to stab Cena, and not him.

”The Cena stabbing, of course. They always ask that. I think it turned out we didn’t stab him, something happened. I think somebody else did, I don’t know, I forgot how it all ended. I think that’s the main one, that one with Cena. Apparently I tried to kill John Cena. I think it was [my old bodyguard] Jesus that ended up trying to kill him? I don’t know, anyway, I ended up being innocent.” said Carlito 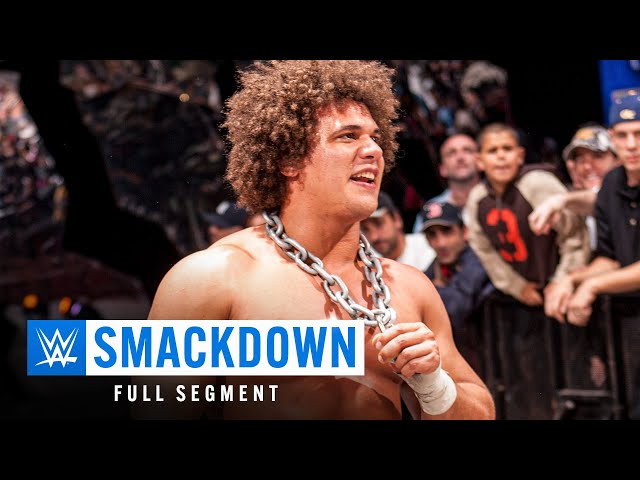 Carlito comments on his first feud being against John Cena

The former US Champion said that while he was nervous about his program with Cena, he had a strong desire to become number one in WWE. He further stated that when he realized that there was no other option but to go out and perform, the pressure got reduced.

”When you realized it’s like that, it kind of takes the pressure off you,” said Carlito

Despite having a memorable run as the US Champion and winning multiple championships in WWE, Carlito was let go by the company in 2010. He made a brief return this year as a surprise participant in the 2021 Royal Rumble, but was not signed full-time by WWE.