Azelf, a member of the Sinnoh region’s Lake Trio alongside Mesprit and Uxie, will be returning to Pokemon GO very shortly and all members of the trio will also possess new shiny forms for trainers to capture. 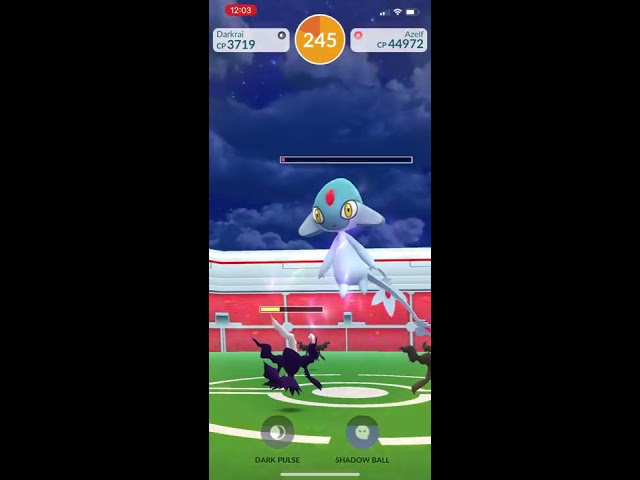 Each member of the Lake Trio will be locked to a specific region of the real world, with Azelf being available in the Americas and Greenland. As a five-star raid, Azelf won’t be an easy raid boss to beat, and will likely require support unless the Pokemon GO trainer taking it on solo is incredibly well-equipped for the fight.

Pokemon GO: Exploiting Azelf’s weaknesses and Pokemon/moves to counter it

As a mono Psychic-type Pokemon, Azelf is weak to Ghost, Dark, and Bug-type moves in Pokemon GO. This provides trainers with plenty of options to pick Pokemon that utilize those moves.

However, if possible, picking a Pokemon that matches types with the desired move is preferred. This is due to the damage boost provided by the Same Type Attribute Bonus (STAB), which can make fights against Azelf much quicker.

Exceptional moves to use against Azelf to deal super effective damage in Pokemon GO include:

There are tons of Pokemon that are able to utilize these moves in Pokemon GO, but there are some options that outshine others and are consistent picks when taking on Psychic-type Pokemon in particular.

Depending on where players encounter Azelf, certain Pokemon may not be accessible due to PvP restrictions, but in a raid situation they can still be used. The following Pokemon perform particularly well against Azelf in a fight:

Utilizing these Pokemon and moves should allow trainers to topple Azelf in both raid situations as well as PvP battles where applicable.