The latest episode of Sportskeeda Wrestling’s Legion of RAW featured Dr. Chris Featherstone and Vince Russo discussing the fallout from Dark Side of the Ring and the backlash Tommy Dreamer was facing.

Russo had a bone to pick with Tommy Dreamer. He mentioned that he liked the ECW legend very much and put him over as an intelligent man. But Russo was baffled that Dreamer did not anticipate the uproar his comments on Dark Side of the Ring would cause.

Russo disclosed that Tommy Dreamer had been in management positions at several companies and knew how Ric Flair flashing the flight attendant was a sensitive subject.

The former WWE head writer reasoned that Tommy Dreamer’s loyalty towards Ric Flair made him go overboard with his comments on Dark Side of the Ring.

“Bro I’m very surprised with Tommy Dreamer and I’ll tell you why Chris. I love Tom, and Tommy has been in management in a lot of companies. Tommy understands politics. Tommy also understands the world that we’re living in. My thing is, I think Tommy’s loyalty to Ric Flair was so great that he decided to go out on a limb for Flair. Tommy had to know with what he said bro, they were gonna drag him down the streets. He had to know that. Bro, there are a lot of wrestlers that are dumb as a box of rocks. Tommy Dreamer is not one of them. Tommy Dreamer is a very smart guy and he had to know what the reaction was going to be. Bro, I think his loyalty was so strong for Ric Flair, that he put himself out there,” said Russo. 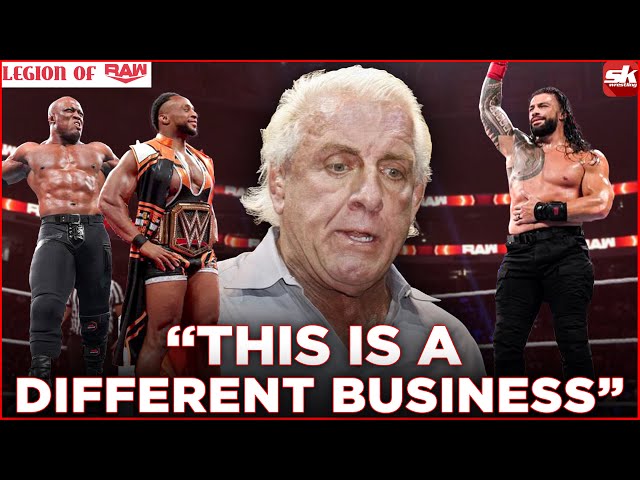 In the aftermath of the Dark Side of the Ring episode, Tommy Dreamer took to Twitter to post an apology. The ECW Original mentioned that he did not intend to victim shame anyone and understood how his comments could be construed as insensitive.

Dreamer received a lot of flak from fans after the show aired and was also suspended indefinitely from IMPACT Wrestling.

While using the quote from this article, please add a H/T to Sportskeeda Wrestling and embed the Legion of RAW video.

Justin Credible, who was in the ‘Plane Ride from Hell’, addresses the Ric Flair controversy here.