Nick Diaz, who has not competed since 2015, is making a return to MMA competition at UFC 266 against Robbie Lawler. Commenting on the nature of Diaz’s relationship with combat sports, Dana White likened him to the heavyweight boxing kingpin Mike Tyson.

While in conversation with the media ahead of UFC 266, Dana White had this to say:

You can watch Dana White’s full media scrum below: 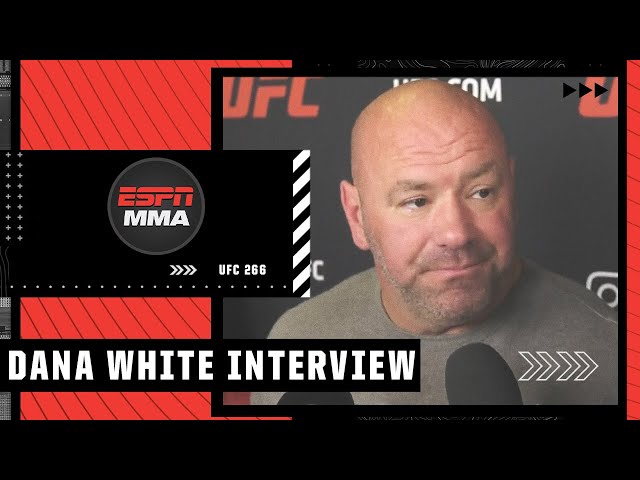 However, despite the misgivings Dana White may hold about Nick Diaz’s love-hate relationship with fighting, it is undeniable that the UFC still believes in his star power.

Diaz joins an elite group comprising his brother, Jorge Masvidal, Dustin Poirier and Conor McGregor himself that has enjoyed the privilege of fighting in a non-main event or non-title five round fight.

However, it was still not plain-sailing for Diaz in the build to UFC 266 as he had to request a last minute change of weight in his bout against Lawler. Initially, the fight had been scheduled for welterweight but the fighters ended up agreeing to contest it a weight class above, at 185.

This change came about due to Diaz’s problems in making weight. However, since Lawler was also agreeable, the fights stands to go through at UFC 266.

Having been on the sidelines for almost 6 years, Nick Diaz’s fight has brought up some serious concerns about the presence of ring rust. While his cardio and endurance may not be in question, his reflexes and timing certainly are.

Should he manage to weather the devastating power that Robbie Lawler brings to the fold, he could very well fight his way to a unanimous decision victory. However, it would behoove him to avoid counting Lawler out; for he is a legend of the game, who has earned his reputation.

Edited by aditya.rangarajan
Login to reply