Conor McGregor and Hafthor Bjornsson, a.k.a. ‘The Mountain’, engaged in a light sparring session ahead of the Irishman’s fight against Jose Aldo in 2015.

The famed Game of Thrones actor weighed over 395 pounds at the time, according to Fit Chief. McGregor, while in fight week, was looking forward to hitting the upper weight limit of 145 pounds for his championship bout against Aldo.

Check out their sparring session below: 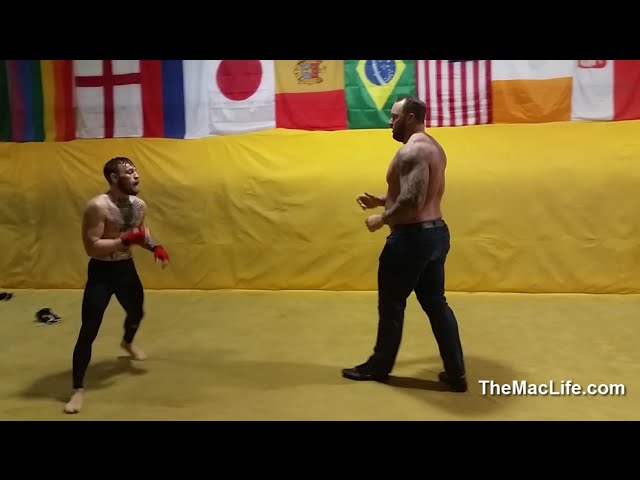 In a recent conversation with Logan Paul and Mike Majlak on Episode 293 of the IMPAULSIVE podcast, Bjornsson suggested that he could have “crushed” McGregor if he wanted.

During their sparring session, a significantly lighter Conor McGregor moved continually to exhaust Bjornsson. That was until the Icelandic strongman got hold of him in the clinch.

Bjornsson said he decided to let McGregor go because he didn’t want the Irishman to suffer an injury a week before his highly-anticipated fight opposite Aldo. The 32-year-old added that McGregor should pay him for going easy on him.

“It was cool. I had a lot of fun… There was a time where I had a grab of him and I felt like I could crush this guy but he had a fight with (Jose) Aldo a week later. So I was like ‘I better be nice to him because I don’t wanna injure him right now. He is about to have the biggest fight of his life. It’s gonna be huge for him.’ That fight actually sent him to the moon. So, he should thank me and probably pay me a bit (for not injuring him). After that fight, he just took the sky,” said Bjornsson.

Watch Bjornsson talk about his sparring session with Conor McGregor on IMPAULSIVE below: 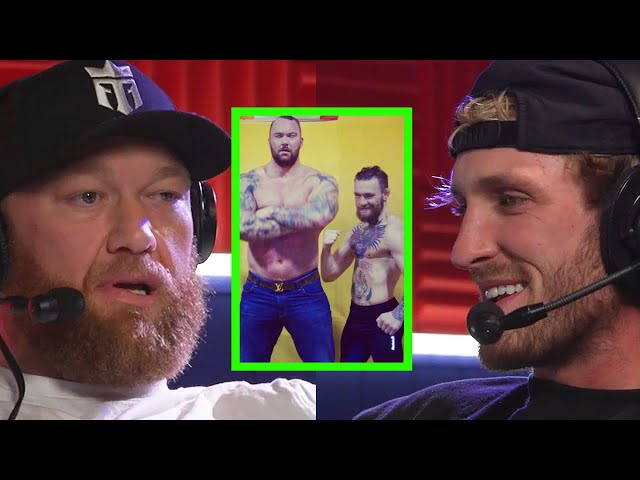 Conor McGregor believes he got the better of Hafthor Bjornsson in their sparring session. The former two-division UFC champion claimed Bjornsson wasn’t actually going easy on him, but tried to “pull his head off.”

“That was a lot of fun. That’s a big man. Six foot nine, 400 pounds and I still folded him up. I had to hit him with some shots. He was trying to hit me as well. People were saying ‘oh, he was taking it easy.’ He tried to grab me and tried to pull my head off and I defended.” 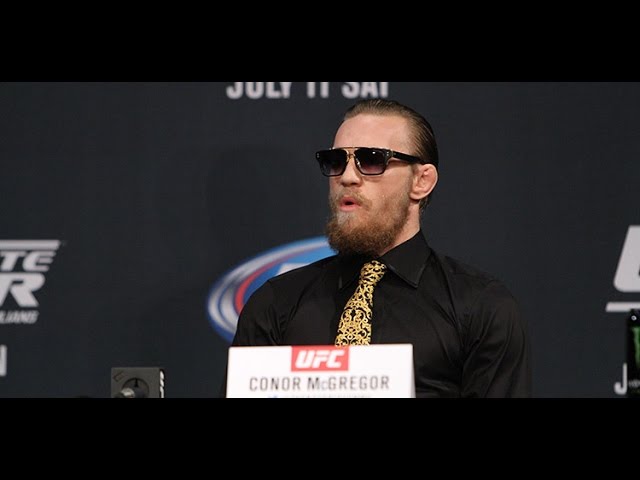