Former India speedster S Sreesanth has claimed that his cricketing career did not go as planned perhaps because he did not “suck up to people”.

Sreesanth was once touted as the next big thing in international cricket. However, his career hit a downward spiral following injuries and the 2013 spot-fixing scandal in the IPL.

Reflecting on what went wrong, the 38-year-old controversially claimed that he never believed in sucking up to anyone. Sreesanth said while speaking to Sportskeeda: 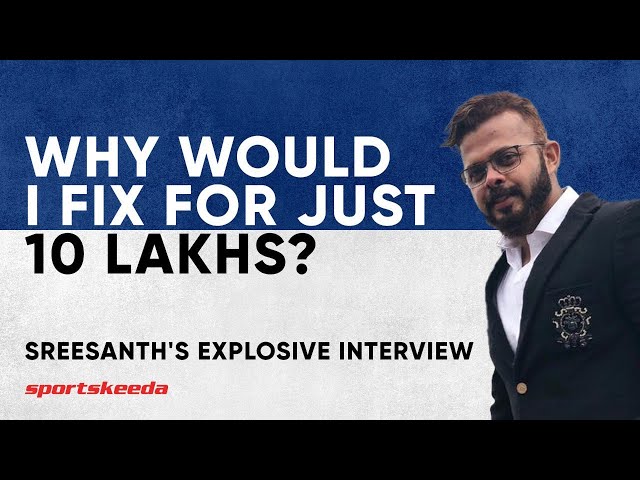 The Kerala speedster admitted that, in hindsight, he should have been more careful while choosing his friend circle. He claimed that he hardly had any idea what was going on around him. Sreesanth added:

“I believed that if I performed, you don’t need anything. You need your almighties and parents’ blessings, that didn’t work well for me. My friends circle also, I trust people a lot, I still do but now I am much more vigilant and smarter. The friends circle you choose, I didn’t even know what was happening around me. People who played cricket with me, my own friend, who is no more a friend, the captain of my team was a bookie.”

The maverick cricketer, who made a comeback to competitive cricket earlier this year, conceded that proving he was not involved in any wrongdoing was easy in court but the case wasn’t the same with the public. Sreesanth explained:

“The world thought I am traveling the world with him (a bookie). When a guy like me is in that zone and the normal public thinks “Bookie ke saath travel karta hai, bookie ke saath kyu dikhta hai”, that was one of the most difficult things to prove to the world, but in the court it was very easy. In the judicial system, you have proof. But when people see and news comes, people don’t figure out the reality. I am really grateful this incident happened. If it had not happened, maybe I wouldn’t have been this person.”

I am breathing and playing cricket, don’t have regrets: Sreesanth

After his name cropped up in the 2013 IPL spot-fixing scandal, Sreesanth’s career came to a grinding halt.

However, the former India pacer doesn’t have any regrets and is at peace because he had “done nothing wrong”. Sreesanth concluded:

“I don’t have regrets. It’s because of the nightlife I used to have and the friends’ circle that used me without my knowledge (that things went wrong). The third, most important thing is whatever happened in my life, I never gave up. I knew I had done nothing wrong. All I can say is, I am fortunate, I am breathing and playing cricket. I am confident that people who believe in me, will believe in me. People who don’t believe me, no matter what I say, will not believe in me so it doesn’t matter what I say.”

Sreesanth was the architect of India’s maiden Test win in South Africa, claiming eight wickets in the 2006 Johannesburg Test.