After some serious waiting time, Pokemon Unite fans will finally be able to see Sylveon’s moveset.

Sylveon, along with Mamoswine, was scheduled for release on September 22, 2021. Fans ended up, however, simply getting an update with Season 2 of the Battle Pass.

Mamoswine will now join the roster on September 29, but Sylveon’s arrival date will be October 6. 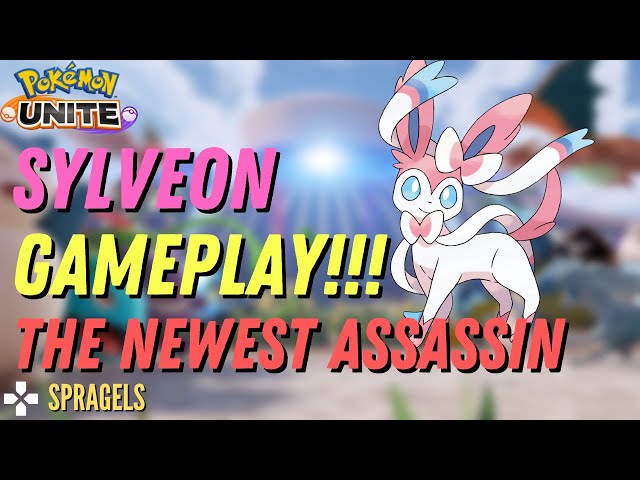 Sylveon’s role is confirmed to be an Attacker, like fellow Fairy-types Gardevoir and Alolan Ninetails. It has also been confirmed that Sylveon will evolve from Eevee in the game, occurring at level 4.

Each evolutionary stage will have its own passive. Eevee will have Adabtabilility, which is a flat Special Attacker increase, while Sylveon will get Pixilate, which increases Special Defense along with Special Attack.

Eevee’s basic moves will be Swift and Baby-Doll Eyes. Swift appears to be a basic projectile move that shoots four stars at the enemy. Baby-Doll Eyes is a beam that slows the target down as well as deals damage.

When Eevee evolves into Sylveon, it gets to pick between Hyper Voice and Mystical Fire. Mystical Fire is a multi-hit move: it creates four flames around Sylveon that fire one at a time. For each flame that hits, the opposing Pokemon’s Special Attack lowers and the move’s cooldown gets reduced.

Hyper Voice shoots rays in a direction. Pokemon who are further away will actually take more damage from this. Also, for each ray that hits, the following ray gets buffed.

At level 6, Sylveon can upgrade Baby-Doll Eyes to either Draining Kiss or Calm Mind. Draining Kiss heals as well as deals damage. When the move connects, it goes back and forth between Sylveon and the opposing Pokemon. The opponent takes damage while Sylveon heals up.

Finally, Sylveon’s Unite Move is called Fairy Frolic. When Sylveon uses this move, it jumps into the air. Sylveon will be invincible while airborne. Once it lands, it not only deals damage but heals the user based on the amount of damage dealt.