How Generation Z have confused their views with facts: Nearly half of young people think those who disagree with them are provably wrong, study suggests

By Martin Beckford For The Daily Mail

One in three young people believe those who disagree with them on politics must be factually wrong, a study suggests.

It also found that almost half of Generation Z – those born between 1997 and 2012 – are scared when others have different values to them.

The report by the think-tank More in Common will fuel concerns that young ‘snowflakes’ are intolerant of open debate. 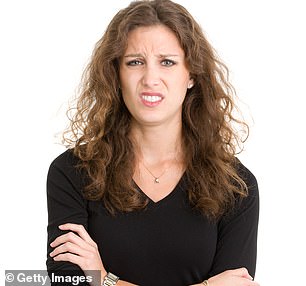 ‘Britain is the birthplace of parliamentary democracy and across the country Britons told us of their pride in that heritage,’ said the group’s Luke Tryl.

‘But as our report shows, that commitment to democracy in principle is being undermined in practice.

‘Too many people feel our politics isn’t delivering for them and that they are looked down on by politicians and decision makers.

‘Tackling that and rebuilding trust must now be a priority.’

The report was based on analysis of polls and focus groups involving 10,000 people between February 2020 and early this year.

It concluded that young people were not being taught enough about the importance of respect for others’ opinions at school and university.

‘Schools can play a more positive and powerful role in preparing students to practice the principles of a healthy democracy,’ it said.