Ivanka Trump and Jared Kushner visited with former Israeli Prime Minister Benjamin Netanyahu on Monday ahead of the first meeting of the Caucus for Promoting the Abraham Accords.

The Knesset panel, which was put together by Donald Trump’s daughter and son-in-law when they served as senior presidential advisers, promotes U.S.-brokered normalization deals.

‘We are very pleased to meet with our close friends Jared Kushner and Ivanka Trump. Welcome to Jerusalem!’ Netanyahu wrote in a tweet with an image of himself and his wife, Sara, with Trump and Kushner.

The Abraham Accords have even been endorsed by President Joe Biden’s administration.

Ruth Wasserman Lande, a leader of the Knesset, released a statement claiming she and co-leader Lukud Ofir Akunis will work toward strengthening economic and tourism ties with other countries who are part of the accords. 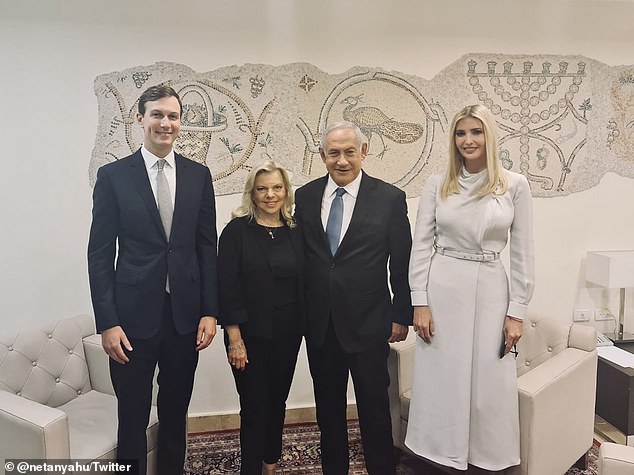 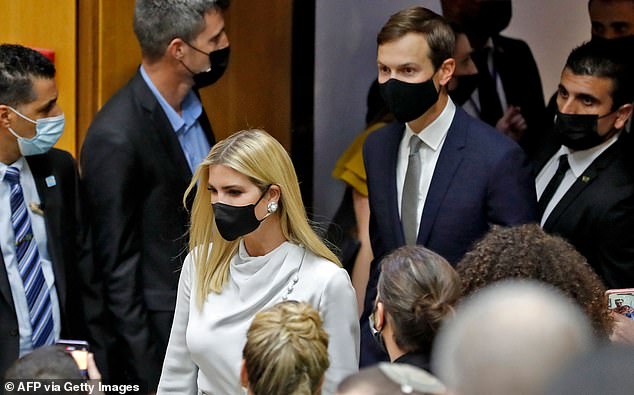 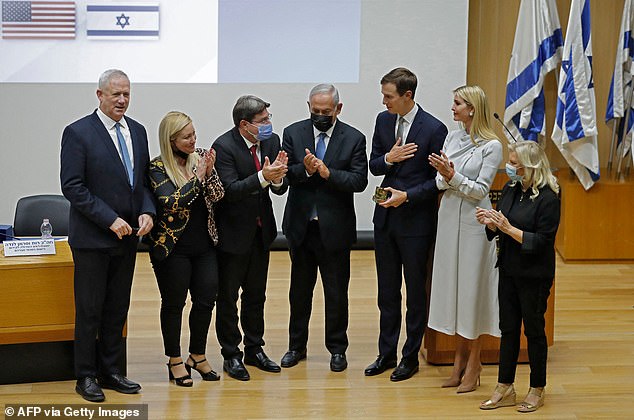 Her statement also claims that the parliamentary group will work to ‘formulate future agreements with other countries.’

Kushner, who is Jewish, thanked the people involved in promoting the normalization accords.

He said ‘the Middle East in changing,’ and said focus on cooperation and economic growth would make ‘our dream of peace come true.’

One of Donald Trump’s biggest accomplishments as president, he and other Republicans have stated, is achieving peace in the Middle East through brokering a deal with Israel, the U.S. and the United Arab Emirates.

Former President Trump also moved recognition of the capital of Israel from Tel Aviv to Jerusalem, also moving the U.S. embassy to the holy city.

Israeli Defense Minister Benny Gantz and Knesset Speaker Levy joined the inaugural event on Monday with diplomats from the UAE and Morocco, after the two nations normalized ties with Israel as part of the Abraham Accords.

Levy called on other Middle Eastern nations to ‘abandon the way of hate and follow the Abraham Accords towards normalization and peace with the State of Israel.’

Foreign Minister Yair Lapid in his remarks before the panel on Monday thanked former President Trump and former Israeli Prime Minister, now opposition leader Netanyahu for their roles in developing the accords. 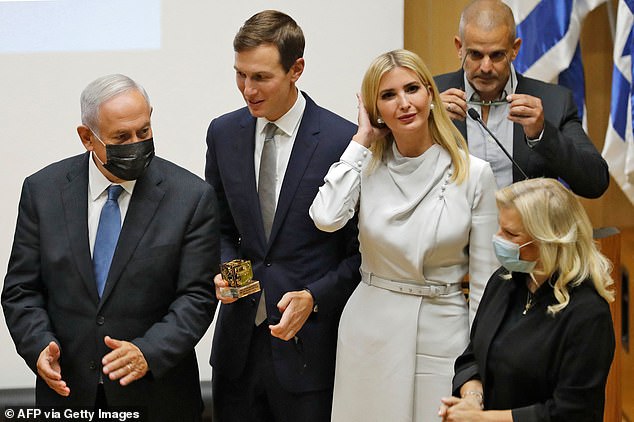 Jared and Ivanka, who were unmasked, stand beside  the Netanyahus on Monday at the first Knesset meeting of the Abraham Accords 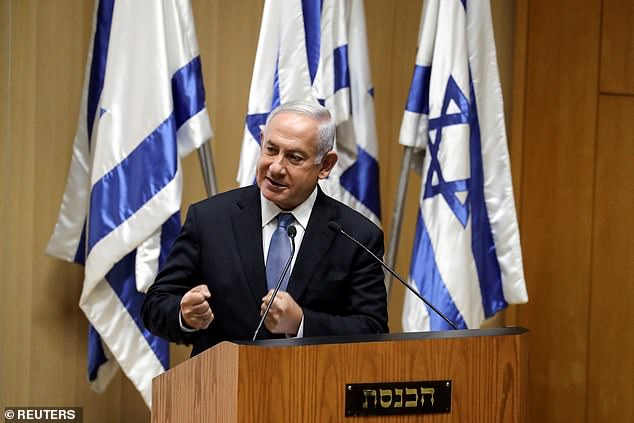 ‘I want to thank President Trump for his role in the agreements and thank opposition leader Netanyahu, who did a great thing with these agreements,’ Lapid said.

‘We renewed relations with Egypt, we opened embassies, we improved our relations with the US,’ Lapid said. ‘I call upon the Palestinians, and every Arab nation that is listening: We seek peace.’

‘Peace is not a compromise or a weakness,’ he added, ‘but rather an embodiment of the human spirit. Those living in the Middle East are welcome to look around and see which countries are in a better position — those who seek peace, or those who seek war.’

‘One of the subjects in my trip to Washington tonight is expanding the number of nations that are in this agreement,’ Lapid said before the Knesset.