Mosques in Cologne, including Germany’s largest, will be permitted to broadcast the call to prayer over loudspeakers every Friday afternoon.

The news comes after an agreement was made between the city of Cologne and the Muslim community to ease restrictions, which the city’s mayor announced Monday.

However, the decision has prompted a backlash from some corners of Germany, with one expert contradicting the mayor’s claim the initiative was about diversity, instead calling the call to prayer ‘a show of power.’ 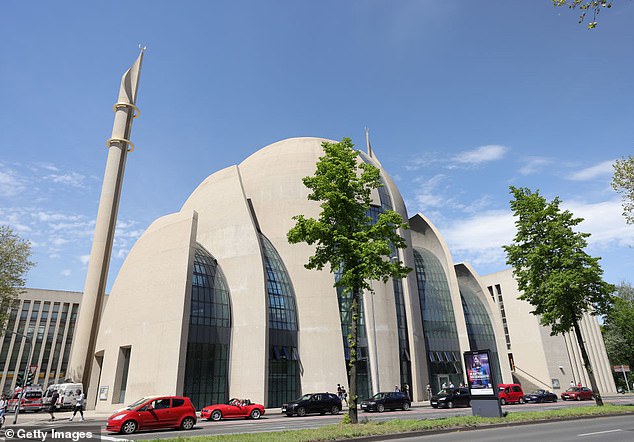 Pictured: The Cologne Central Mosque, which will be allowed to broadcast the muezzin – the call the prayer – under a two-year pilot scheme announced by the City’s mayor

All 35 mosques in Cologne can now broadcast the call to prayer – or muezzin – for up to five minutes on Fridays between noon and 3pm, under a two-year initiative.

That includes the Cologne Central Mosque, which was opened in 2018 after becoming a flashpoint for anti-Muslim sentiment from far right parties, particularly following an influx of asylum seekers in 2015-2016.

‘Many residents of Cologne are Muslims. In my view it is a mark of respect to allow the muezzin’s call,’ Cologne Mayor Henriette Reker wrote on Twitter.

‘The call to prayer would join the bells of Cologne’s cathedral – northern Europe’s largest Gothic church – as sounds heard by those arriving at the city’s main train station,’ she said.

‘It shows that diversity is appreciated and lived in Cologne,’ she added, while warning: ‘Anyone who doubts this questions Cologne’s identity and our peaceful coexistence’.

In Muslim-majority countries, worshippers are called to prayer by a muezzin five times a day. It is used to remind people that daily prayers are about to begin. 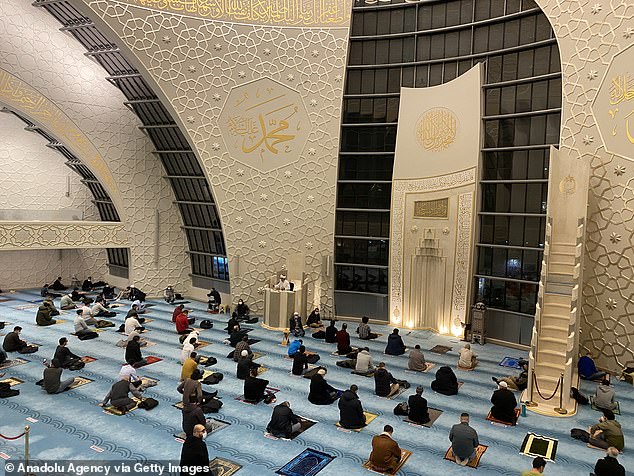 The two-year pilot will permit muezzin broadcasts to occur with the main weekly player, which happens every Friday afternoon. Pictured: Worshippers inside the Cologne Central Mosque 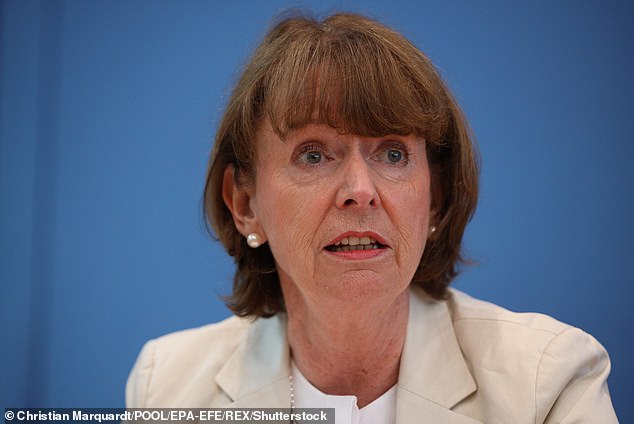 Cologne Mayor Henriette Reker (pictured in May, file photo) announced on Monday that permission had been granted for the call to prayer to be broadcast every Friday

Traditionally, the call you prayer would be called out from a Mosque’s minaret – or tower – but these days the call is typically put out over loudspeakers.

The two-year pilot will permit such broadcasts to occur with the main weekly player, which happens every Friday afternoon.

During controversy surrounding the construction of the large mosque, backers made a point of assuring the public that it would not routinely broadcast the call to prayer, or azan, which is heard five times a day in Muslim countries.

The city said mosques seeking to broadcast the call would have to comply with limits on the volume of their loudspeakers, and notify neighbours in advance.

Some have criticised the pilot scheme. Bild journalist Daniel Kremer claimed that a number of the mosques i Cologne were funded by Turkish President Recep Tayyip Erdoğan, ‘a man who opposes the liberal values of our democracy’, he said.

‘It’s wrong to equate church bells with the call to prayer,’ Kremer added. ‘The bells are a signal without words that also helps tell the time. But the muezzin calls out ‘Allah is great!’ and ‘I testify that there is no God but Allah.’ That is a big difference.’ 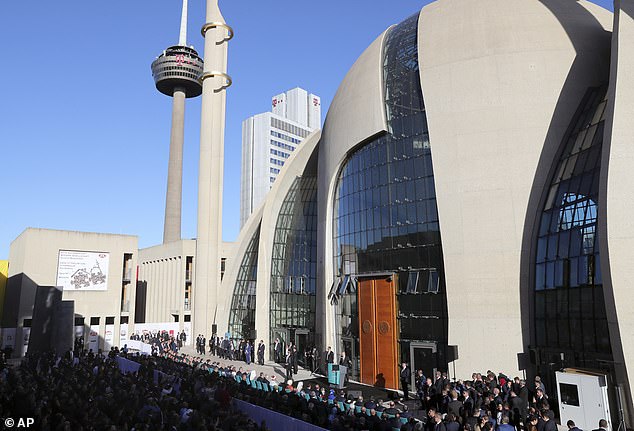 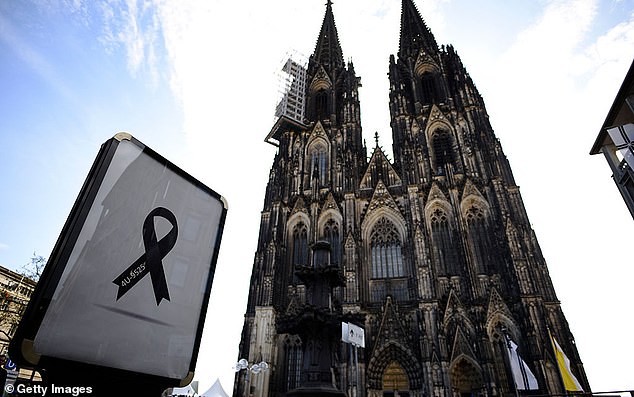 Integration expert Ahmad Mansour disputed the mayor’s stance that broadcasting the calls to prayer is about diversity, instead saying it’s about power.

‘It’s not about ‘religious freedom’ or ‘diversity’, as Mayor Reker claims,’ Mansour told Bild. ‘The mosque operators want visibility. They celebrate the muezzin as a show of power over their neighborhoods.’

Calls to reject the trial also came from the Christian Social Union in Bavaria (CSU).

The party’s Vice Secretary General Florian Hahn told Bild: ‘In Bavaria we do not want such model tests. They are not part of our occidental tradition. Also, calls to prayer are not needed to practice Islamic religion.’

Some 4.5 million Muslims live in Germany, the largest religious minority group, and Cologne is not the first city in the country to allow Mosques to broadcast the call to prayer.

Mosques in Gelsenkirchen and Düren – also in the North Rhine-Westphalia which has a large Turkish immigrant community – have been broadcasting the muezzin since the 1990s.

The muezzin goes back to the 7th century and early days of Islam, when the prayer caller’s job was to call worshippers to the five compulsory prayers each day.