Paddy Pimblett has responded to Sean O’Malley’s recent comments. ‘Sugar’ suggested ‘The Baddy’ had become “fat as sh*t.” The two surging UFC stars haven’t shied away from taking shots at each other in the past either.

The Liverpudlian recently appeared on the Dave Portnoy Show With Eddie & Co to talk about his lucrative deal with Barstool Sports. When asked about his reaction to O’Malley’s recent comments, Pimblett replied:

“What’s wrong with being fat, lad? Who’s he tryna fat shame? Cheeky bast**d. He’s well smaller than me Dave, like he fights 20 pounds below me. It’s not even like it’s close. He keeps putting my name in his mouth because he knows I’m the new big thing and I’m about to push him to wayside and he’s like ‘s**t what’s happening here?'” 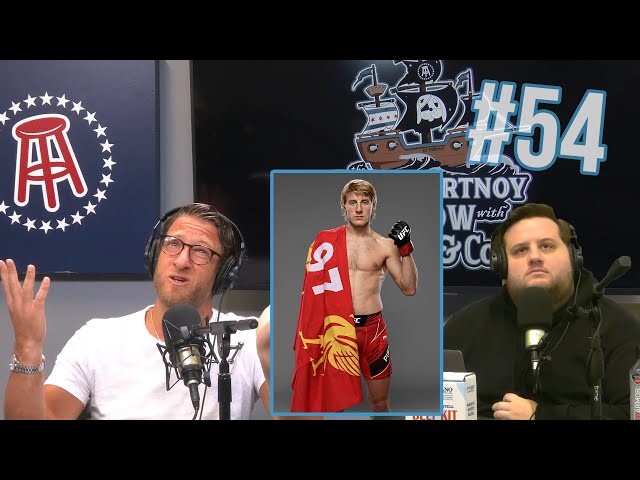 The 26-year-old earlier revealed that he had signed a seven-figure deal with Barstool Sports. Pimblett will act as a brand ambassador and content creator for the site.

As you’d expect from a fighter outside of camp, Pimblett has evidently put on weight and appears to have enjoyed himself ever since his successful UFC debut. The Englishman previously admitted that whenever he isn’t training for a fight, he indulges in all types of cuisine and has a large appetite for desserts.

The Liverpudlian is currently competing in the lightweight division, which is two weight classes higher than that of O’Malley. ‘The Baddy’ recently suggested that he won’t be fighting O’Malley anytime soon.

Paddy Pimblett reveals his next target

Paddy Pimblett has revealed that he hopes to fight Jared Gordon next. In his interview with Dave Portnoy, Pimblett said:

“I’m hoping it will be Jared Gordon, I think the UFC is probably going to come back to London in the early new year, so I think you’ll see me blow the roof of the arena in the UK when I beat Jared Gordon in a round.”

‘The Baddy’ made his UFC debut just over a month back against Luigi Vendramini. He finished the Brazilian in the final few seconds of the first round via TKO.

Paddy Pimblett earlier suggested that his next UFC fight is already booked. The 26-year-old took to his Instagram handle to share an image of himself hitting mitts. The caption on the image hinted that he’s put pen to paper for his next fight, although it’s now unclear whether he was simply referring to his signing with Barstool Sports.