Aakash Chopra has showered praise on Rahul Tripathi for keeping his composure to help the Kolkata Knight Riders (KKR) reach the IPL 2021 final.

KKR needed seven runs off the final over bowled by Ravichandran Ashwin in last night’s Qualifier 2 encounter against the Delhi Capitals (DC). However, they lost the wickets of Shakib Al Hasan and Sunil Narine off successive deliveries after only a single was scored off the first two balls.

Tripathi then hit Ashwin straight down the ground for a six to take the Kolkata-based franchise to their third Indian Premier League final. Speaking about KKR’s batting effort, in a video shared on his YouTube channel, Chopra lauded Tripathi for coming to the team’s rescue after they nearly botched up an easy run chase.

“The drama at the end was epic. The wickets kept on falling. In the end, you needed six runs off two balls ,and Rahul Tripathi hit a six straight down the ground. Tripathi ji ki lathi mein dum hai, and I am so happy seeing him because he is very dear to me.” 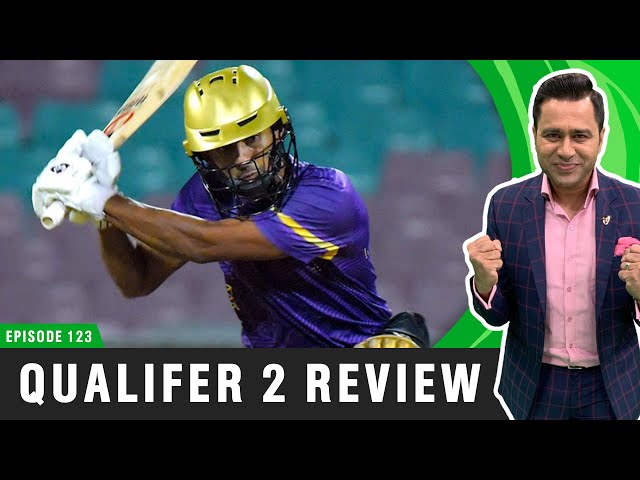 The former KKR player lauded the 30-year-old for holding his nerve at the crucial moment. Chopra elaborated:

“He has not played for India, not sure whether he will play or not, but the IPL has made him a star. This is where talent meets opportunity. He was absolutely exceptional one more time, soaked in all the pressure and hit a six at the end to help his team win.”

KKR required just 13 runs off the last 25 deliveries with nine wickets in hand, but lost a flurry of quick wickets. Dinesh Karthik, Eoin Morgan, Shakib Al Hasan and Sunil Narine all failed to open their accounts as KKR made heavy weather of what should have been a comfortable chase.

Aakash Chopra was also effusive in his praise of KKR’s opening pair of Venkatesh Iyer and Shubman Gill. He said:

“Their opening partnership, you can sing praises for them, the way they take the game forward. Both are young – Venkatesh Iyer and Shubman Gill – but the maturity with which they play, they keep tilting the game towards themselves slowly.”

The former India opener lauded them for giving KKR the perfect start in their pursuit of a 136-run target. Chopra observed:

“They have understood the template, that you don’t need to run fast. Shubman Gill was going at run-a-ball. The important thing was that you lost your first wicket at the score of 96 after the 12th over.”

Venkatesh Iyer and Shubman Gill have been largely responsible for KKR’s turnaround in fortunes in the UAE leg of IPL 2021. The left-right opening combo has invariably given the franchise flying starts, something KKR struggled to do during the India leg of the tournament.

Q. Which is the better opening pair?