On Thursday, October 14, 2021 —Lovejoy released their second album with lead vocalist, Will “Wilbur Soot” Gold. The album, titled “Pebble Brain,” is the successor to their previous release, “Are You Alright?“

Lovejoy is a relatively new indie rock band consisting of four members, the most prominent of which is the popular streamer, musician, and content creator, Wilbur Soot. Their first release, Are You Alright? debuted on May 10, 2021. The album was a smashing success online, prompting another release soon after.

Pebble Brain, the second-ever musical release from the indie band, has been highly anticipated since the group debuted. Finally, the full album has been released on several different streaming platforms and is available online for all to hear. 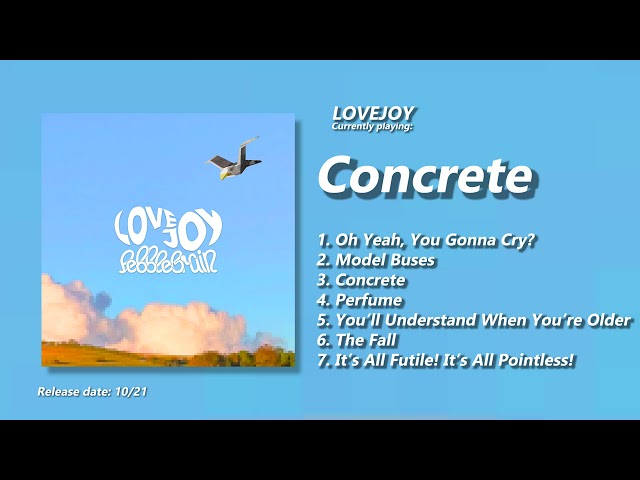 The October 14 release of Lovejoy album Pebble Brain had been long anticipated. Not just by fans of the band, but also friends of the members themselves. Notably, Tommy “TommyInnit” Simons has been a massive supporter of Lovejoy. Since the band first created their channel online, he’s anticipated each release just as much as the fans.

“Perfume,” a song on the newly released album, was almost removed from the finished album. Tommy, himself, loved the song so much that he convinced the band not to remove the song from the final cut.

Pebble Brain is on all radars as the album’s title is trending online, specifically on Twitter. Nearly sixty thousand tweets have been posted on the topic, and more than a few of them have been words of support from fans, friends and fellow content creators acquainted with Wilbur Soot.

Soot himself even shared his thoughts and pride in the latest release from him and his band. He stated in a tweet:

“I have worked on an EP with my band for the last year. I am very proud of it. I don’t really care what big time reviewers say and I wanna hear from you guys so I will be reading all tweets containing #PebbleBrain for the next 24 hours. Thank you for supporting me as always <3″

Tommy “TommyInnit” Simons, Jack “JackManifoldTV” Manifold, Karl Jacobs, and Ranboo have all replied to the tweets announcing the band’s brand new musical release with nothing but sincere love and support.

@LVJYonline This just makes me so so happy, thank you guys so much

@LVJYonline This just makes me so so happy, thank you guys so much

@LVJYonline So excited to listen to this when I’m out from work :]

@LVJYonline So excited to listen to this when I’m out from work :]

“Pebble Brain“ by Lovejoy can be streamed on YouTube, Apple Music and Soundcloud!