In an interview with Sports Tak, Suresh Raina mentioned that the players wanted to do well in the summit clash against the Kolkata Knight Riders for their skipper. He also pointed out how they wanted to clinch the championship for their fans, who have shown unwavering support throughout the season.

Raina also lauded the healthcare personnel for taking care of the squad as they participated in the cash-rich league amid the COVID-19 pandemic.

“We wanted to win it for Mahi Bhai. We wanted to win the trophy for the fans who were not able to come to watch us play in the stadium. It was a difficult phase and a lot of people supported us during that time.

“The people who have looked after us in the bio-bubble also deserve the credit for the victory,” the 34-year-old said.

The left-hander also spoke of what skipper MS Dhoni said to the players before their ultimate showdown against the spirited Kolkata Knight Riders. He stated that Dhoni wished the team luck and asked them to enjoy the game on the field.

The seasoned campaigner reckoned that if you have such a strong leader by your side, then players are also highly motivated to perform well for the team.

He feels it is important to have a captain who always inspires his teammates to come up with improved performances.

“He just said ‘all the best’ and asked us to enjoy the game. The game is simple. When you have such a strong leader, then any player would wish to win for his team,” Raina added. 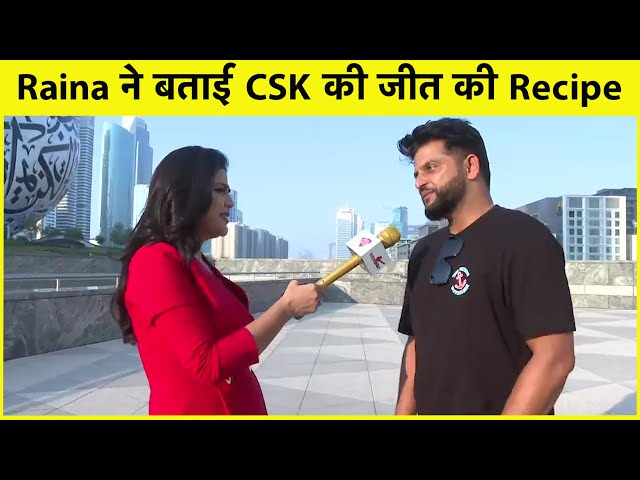 Cricket Fans! Always stay a step ahead and updated by joining our cricket page

Q. Do you think Suresh Raina will play the next season of IPL?