Sandor Martin, who came in as a +900 underdog, shocked the world with an upset after outboxing Mikey Garcia. Judge Zachary Young scored the contest 95-95, but judges Carla Caiz and Fernando Villareal saw it as 97-93 for Martin.

The bout was deemed to be a tune-up fight for Mikey Garcia after his nearly two-year absence from the ring. However, ‘Araasandor’ pulled off a stunning performance on Saturday at Chukchansi Park. Outboxing Garcia from the start, Martin countered effectively, causing the 33-year-old problems with his slick footwork and awkward movement.

This was the second defeat of Mikey Garcia’s career. He first lost to Errol Spence Jr. in 2019. Coached by legendary trainer Robert Garcia, Mikey was once regarded as one of the brightest prospects in boxing.

The former four-division champion has a star-studded resume. He boasts wins over Jessie Vargas, Adrien Broner and Robert Easter Jr.

Sador Martin, like Mikey Garcia, also has two losses on his record, although the Spanish boxer is now riding a ten-fight win streak.

Mikey Garcia thought he was ahead on the scorecards

In the post-fight interview, Mikey Garcia revealed that he thought he was ahead on the scorecards. While commending Martin’s performance, the Mexican-American boxer said: 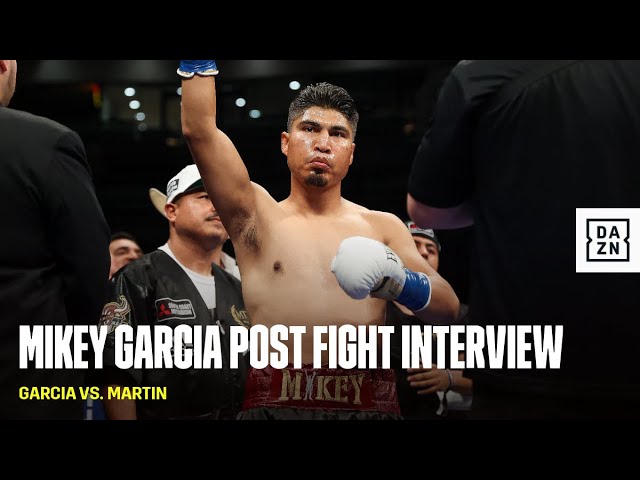