Genshin Impact 2.2 has brought a ton of new content to complete, with Tsurumi Island being packed with quests and hidden puzzles. The Lost Treasure of Shitoki is one of these quests that can be uncovered after players complete the Through the Mists questline. After Tsurumi Island is opened up for exploration, players can locate this quest and collect these conches to track down Shitoki’s hidden treasure. Players will want to give this quest a try as the rewards for uncovering the treasure are pretty worth the time. Here’s how to find all of the conches in this quest.

Genshin Impact: How to find the conches on Tsurumi Island 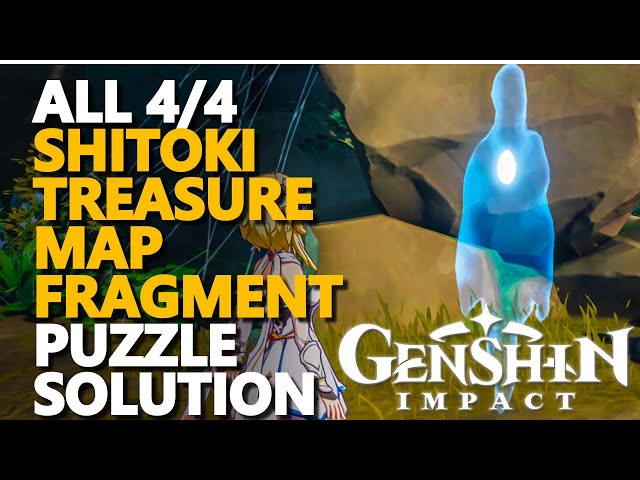 Unlocking this quest requires players to complete the Through the Mists, which can take a reasonable amount of time as it is time-gated. Once this questline is complete, access to Tsurumi Island opens up a lot more, giving players the freedom to explore the island and find its hidden treasures. The Lost Treasures of Shitoki quest is one of these newly available quests and will provide an opportunity to grab some great rewards for exploring the island.

(genshin) tsurumi island fully unlocked, now i never touch it until i need chests, since i didnt rly get that many chests just aimed to unlock everything

(genshin) tsurumi island fully unlocked, now i never touch it until i need chests, since i didnt rly get that many chests just aimed to unlock everything https://t.co/yTis9mBqp6

The first conch can be located in an underground pool that can be accessed by gliding into the large hole in the center of Shirikoro Peak. The conch will be lying on the ground near a small rock and a Thunder Sakura Bough, and once players talk to it, it will summon a spirit who will give some extra information on the quest and about Shitoki.

The second conch can be located in a shipwreck off the coast of Autake Plains. The boat has crashed ashore, making the conch easy to grab, and fans shouldn’t have too hard of a time locating it. The shipwreck is easy to see on the map, so players will need to get down to the beach and pick up the second conch for this quest.

The third conch can be found hidden behind some pots near the Moshiri Ceremonial Site waypoint. Players will need to head north from the site until they’ve come across a shrine, where the conch will be placed near the foot of the stairs. You won’t need to smash the pots to grab the conch, but it does make seeing it easier. There’s only one conch left after this one.

The fourth conch can be found back at the start of Tsurumi Island, near the island’s Statue of the Seven. This conch is on the beach, on one of the smaller islands connected to the first one. Previously the thick mists would have obscured this conch, but now that they have receded, it can finally be found.

thread of tsurumi island ghosts and their quests/puzzles because this is the first time i did anything without a guide 😎all of these unlock after you finish day 4 of the through mist series of world quests (the fog disappears by then).

thread of tsurumi island ghosts and their quests/puzzles because this is the first time i did anything without a guide 😎all of these unlock after you finish day 4 of the through mist series of world quests (the fog disappears by then).

After the four conches are found, players will complete this quest by talking to Shitoki near the Statue of the Seven and then tracking down his hidden treasure. It’s definitely worth the trek, as the rewards are pretty nice. Genshin Impact fans will want to make sure to grab this quest on Tsurumi Island.