Khabib Nurmagomedov has taken up coaching seriously since his retirement from professional fighting last year. ‘The Eagle’ seems pretty comfortable in his coaching shoes and extended his perfect 2021 corner record with Islam Makhachev’s July victory.

American Kickboxing Academy head coach Javier Mendez recently revealed that Khabib Nurmagomedov is the leader of the Dagestani contingent at AKA. Mendez is also convinced that the Dagestanis would side with Khabib if they had to choose between him and the former UFC lightweight champion.

The reason for this, Mendez believes, is the fact that Khabib Nurmagomedov goes the extra mile to make sure that his Dagestani teammates are taken care of. Javier Mendez recently told Mike Swick:

“But as far as what he’s done, he’s another level. I can say something to the guys and they’ll listen. But if he says something else they’re gonna go his route. So, I maybe his coach but the real coach for the Dagestani guys is really him. Even with the other coaches that are really really good, he’s the head coach. I mean he’ll listen to me but realistically the guys are all gonna listen to him cause he’s been for them and he hooks them all up. He gets those guys all money sponsorships. He just cares so much about his whole team that he goes way and above what anybody has ever done to make sure they are taken care of.”

Watch Javier Mendez on the Real Quick with Mike Swick podcast below: 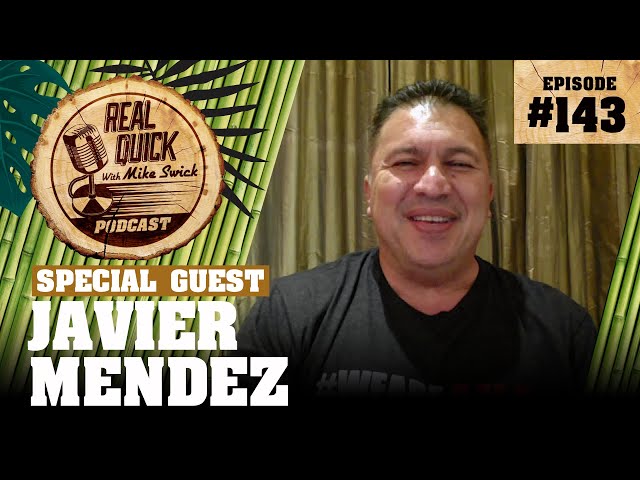 Javier Mendez on Khabib Nurmagomedov as a coach

According to Javier Mendez, Khabib still scraps with his teammates on the mat even though he doesn’t spar anymore. Mendez also revealed that ‘The Eagle’ even lets his teammates “smash” him.

While Khabib Nurmagomedov simply dominated the guys while fighting professionally, he occasionally lets his guard down as coach. Javier Mendez told Mike Swick about Khabib’s role as coach:

“He’s been coaching for a long time. Now he just doesn’t spar anymore. He still grapples with the guys and dominates everybody like he’s always been. But actually he let’s them dominate him, let’s them put him in bad positions, which before, never, that would never happen. But now, because they need to learn, he smashes them or let’s them smash him up a little bit. But that’s just to work.”