Alexander Volkanovski recognizes the entertainment value of UFC 268 clash between Justin Gaethje and Michael Chandler. Aware of the punching prowess of both men, the Australian thinks the instrumental lightweight fight will live up to the expectations.

Gaethje and Chandler are set to collide at UFC 268. The event will take place on November 6, 2021, at the Madison Square Garden in New York City.

Volkanovski, who says he gets along well with both lightweights, believes Chandler will have the urge to produce a highlight reel knockout, considering his explosive style of fighting.

However, that can be dangerous against someone like Justin Gaethje. Although the featherweight champ couldn’t choose the winner, he did predict how the fight is likely to get finished.

“Man, that’s going to be a fun fight. That’s going to be a fun fight,” Volkanovski told James Lynch. “I don’t know who to go on that one. I think Chandler is going to want to put on a show, you know what I mean. I think you’re going to stand there and Gaethje can catch him. But I like both guys. I get along with both guys and they both can fight. Someone’s getting the knockout, I’ll just say that. Someone’s getting the knockout.”

Catch Volkanovski’s comments in the video below (0:15): 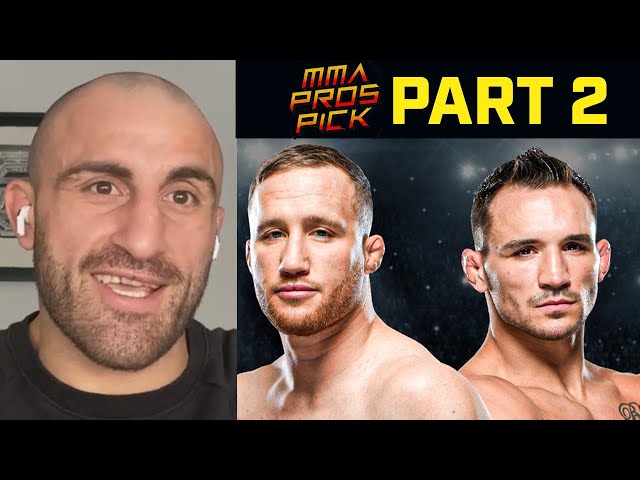 Michael Chandler has once again made it clear that he will pull no punches in his fight with Justin Gaethje. And he is not expecting that from ‘The Highlight’ either.

In a clear indication that he wants to stand and trade heavy leather with Gaethje, Chandler posted a tweet in August that said: “first one to take a backward step is a timid soul”.

Never wanted to tip toe…keep on treading in the deep end.
–
See you November 6 #ufc268
–
First one to take a backward step is a timid soul.
–
See you at the top! @ Madison Square Garden instagram.com/p/CTPcu-iAvCp/…

Never wanted to tip toe…keep on treading in the deep end.
–
See you November 6 #ufc268
–
First one to take a backward step is a timid soul.
–
See you at the top! @ Madison Square Garden instagram.com/p/CTPcu-iAvCp/…

The former Bellator champion believes he can be as “crazy” as Justin Gaethje when it comes to indulging in a full-blown fist fight.

“I want it to be known like we’re going to fight fire with fire. I think he has seen his equal… I do think I’m crazy. I do think I got a screw loose and we’re gonna see that on November 6th. He’s the perfect guy to bring that out of me,” Chandler told ESPN’s Brett Okamoto. 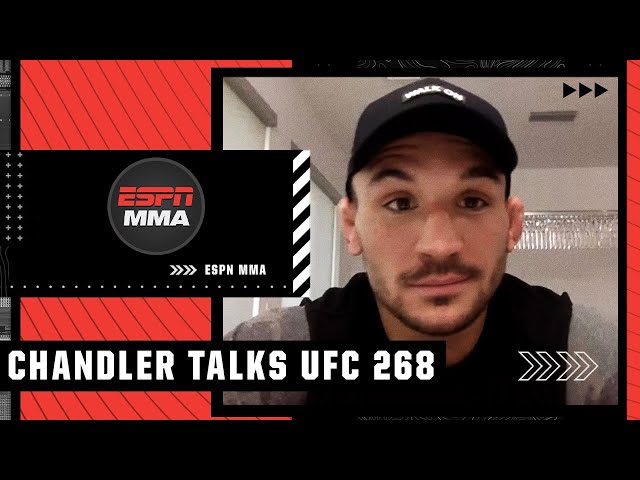