Becky Lynch posted a lengthy post on Instagram following Crown Jewel in which “The Man” broke character and thanked the female superstars on the roster.

Becky Lynch began by saying that competing at Crown Jewel meant more than defending her title, and she ditched her usual trash-talking persona to give credit to some of her colleagues.

The reigning SmackDown Women’s Champion reserved special gratitude for her opponents at Crown Jewel – Sasha Banks and Bianca Belair. Lynch, of course, had a message for the fans as well, who cheered vociferously throughout the women’s triple threat match.

Becky Lynch also acknowledged the contributions of the women who competed at previous Saudi Arabia events. Becky then turned her attention to the inaugural Queen’s Crown tournament and congratulated Zelina Vega over her historic win.

Crown Jewel was a monumental pay-per-view for the women of WWE, and it would not have been a resounding success without the inputs of TJ Wilson, aka Tyson Kidd.

The backstage producer has been instrumental in WWE’s women’s evolution, and Becky Lynch called Wilson “one of the greatest minds in the wrestling business.” As expected, Lynch got back in character before signing off. Here’s what The Man posted on Instagram:

“Tonight was about so much more than a title. I’ll set aside my usual trash talk tonight . Thank you to the women I shared the ring with tonight. You push me to do better. Thank you to the fans watching at home. Thank you to the incredible fans in Riyadh tonight who cheered so ferociously throughout our whole match and making this first trip to Saudi Arabia so memorable and inspiring so much hope for the future of women around the world. Thank you to the women who have laid the path for us to do what we do. Congratulations to the first Queen of the ring winner @theatrinidad And thank you to @tjwilson711 for being one of greatest minds the wrestling business has and collaborating with us to make magic. I’ll go back to hating everyone tomorrow and wanting to slap heads. But tonight I want to say thank you #Andstill,” wrote Becky Lynch.

Becky Lynch, Bianca Belair, and Sasha Banks lived up to all the hype at Crown Jewel

While Zelina Vega’s Queen’s Crown victory was one of the night’s major highlights, the SmackDown women’s title match also thankfully managed to rank amongst the best bouts on the show.

Becky Lynch, Bianca Belair, and Sasha Banks were given 19 minutes to work their magic, and in the end, it was the Irish star who retained her championship in a hard-fought contest. 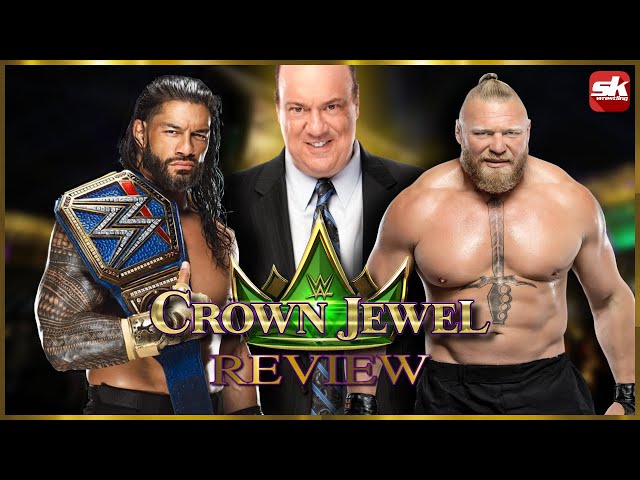 What were your major takeaways from Crown Jewel? Let us know in the comments section below, and don’t forget to check out Sportskeeda Wrestling’s comprehensive Crown Jewel review above.