Former India pacer S Sreesanth feels captain Virat Kohli should open the innings with Rohit Sharma in the T20 World Cup 2021. According to him, Kohli and Rohit will make for a deadly combination.

Team India have quite a few options as openers for the T20 World Cup 2021. While Rohit and KL Rahul are the likely pair to open the innings, Ishan Kishan also put his name in contention with an impressive knock in the warm-up game against England.

Sreesanth, though, opined that skipper Kohli should open the innings with Rohit. Speaking to Sportskeeda, he elaborated:

“In 2016, when Virat opened the innings for Royal Challengers Bangalore (RCB), he scored four hundreds. So, I think Virat Kohli should open the innings with Rohit Sharma. Many people may not agree with me, but I think it will be like the deadliest thing. Also, KL Rahul should bat at No. 3. In T20s, Rishabh Pant can bat at No. 4.” 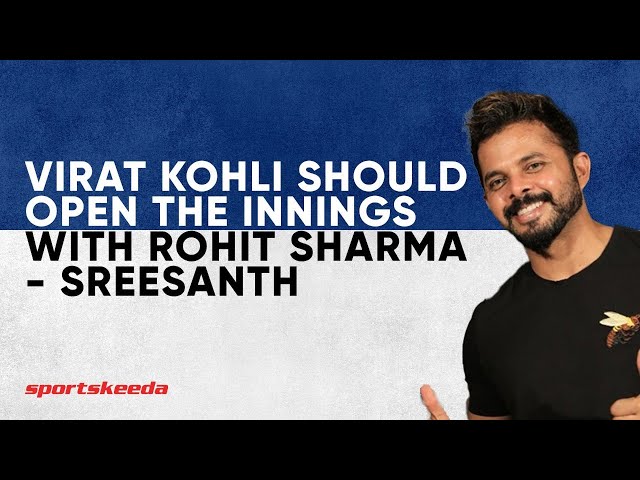 Team India will begin their T20 World Cup 2021 campaign by taking on Pakistan in Dubai on October 24. The Indians won both their warm-up clashes, defeating England and Australia comprehensively.

Asked about Team India’s chances of winning the T20 World Cup 2021, Sreesanth asserted that that Kohli’s men are the best in the world in the shortest format. He stated:

“We have the best team on paper. We have the best T20 tournament in the whole world in the form of IPL. Seven Indians play in one team. Imagine, we have a world XI when it comes to the T20 World Cup. I don’t see any reason why we shouldn’t be winning the tournament.”

The 38-year-old also urged India to be brave and make the right decisions at the right time. He concluded:

“Nowadays, it is all about belief. They have immense belief but it’s a thin line between foolishness and bravery. So be brave enough to make those right decisions at the right time with the right cricketers. And, we will win the World Cup.”