Haunted Chocolatier’s pixel graphics bear a resemblance to Stardew Valley. Much like Stardew Valley’s Pelican Town, the former also makes players move to a new town. However, this time, they will be taking on the role of “a chocolatier living in a haunted castle.

If Stardew Valley represents the Sun, then ConcernedApe’s Haunted Chocolatier embodies the Moon 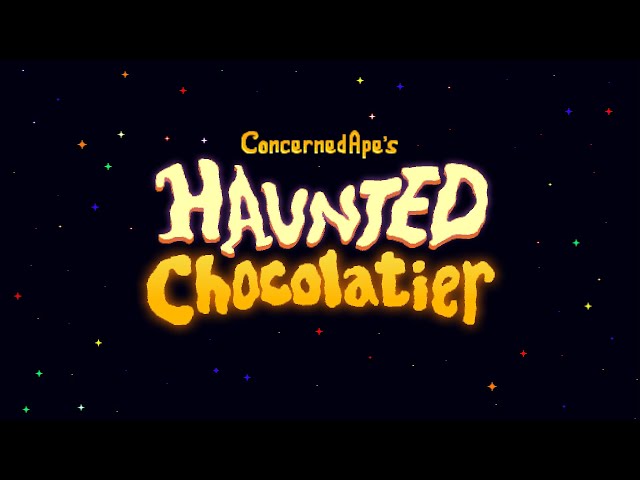 ConcernedApe has revealed that he started developing Haunted Chocolatier “a little over a year ago, in 2020.” However, the solo developer has not committed all of his time to the new project, as he is “still actively working on Stardew Valley-related things”.

Haunted Chocolatier is currently being refined for the PC platform, but ConcernedApe mentioned that he has “every intention of bringing it to the other major platforms as well.”

Barone has not given any details about the potential release window for his new project,

“I can’t commit to a release date yet. It’s still relatively early in development and I want to be able to work in peace without the pressure of a release date, or even an estimated release date.”

Regarding the central theme of Haunted Chocolatier, the solo developer revealed in his blog:

“Chocolate represents that which is delightful. The haunted castle represents the allure of the unknown. The ghosts represent the imprint of the past. All of these things are important. However, don’t think for a moment that, because this game features ghosts in a haunted castle, it is an evil or negative game. On the contrary, I intend for this game to be positive, uplifting and life-affirming. However, if Stardew Valley mostly channeled the energy of the sun, Haunted Chocolatier channels the energy of the moon. Both are vital.”

Barone mentioned that the new setting will be liberating in terms of the freedom afforded to him, especially regarding the development of the game’s different parts. His previous project, Stardew Valley, was a farming sim following the traditions set by games like Harvest Moon.

The Haunting Chocolatier’s gameplay loop consists of gathering rare ingredients, making delicious chocolates, and finally selling them in a chocolate shop. Other aspects of a sim game, like meeting townspeople and progressing their storylines, are also returning in this much-anticipated project.