Young Thug doesn’t hesitate to spend a lot, considering his lifestyle. He recently gifted a fire red pickup truck worth $150,000 to his best friend, 21 Savage, on his 29th birthday.

In an interview with TMZ, a luxury car dealership in Atlanta named Roadshow International said that the truck is a Dodge Hellcat TRX. These models are priced somewhere between $60,000 to $72,000.

However, there is a reason Young Thug paid more for the truck. Dagger logos have been included in the vehicle that lines up with Sav’s signature face tat, and it is a tribute to his younger brother, who died years ago. The “21” symbol has also been applied across the door.

The interiors of the truck also have 21’s face embedded in them. Roadshow International’s owner, Herm, said that he worked for three days on the truck and completed it on time for the birthday party.

Young Thug’s wealth is worth millions

The star, real name Jeffrey Lamar Williams, is a famous rapper and considered a significant influence on his generation. His music mainly impacts modern hip hop and trap music, and he is known for his vocal style and fashion.

According to celebritynetworth.com, the 30-year-old’s net worth is estimated to be around $8 million. When he started his career in 2011, the singer used to earn about $1 million.

Over the next few years, the Sylvan Hills, Atlanta, native became successful. His net worth increased to $4 million in 2014 and between $5 and $6 million in 2016. 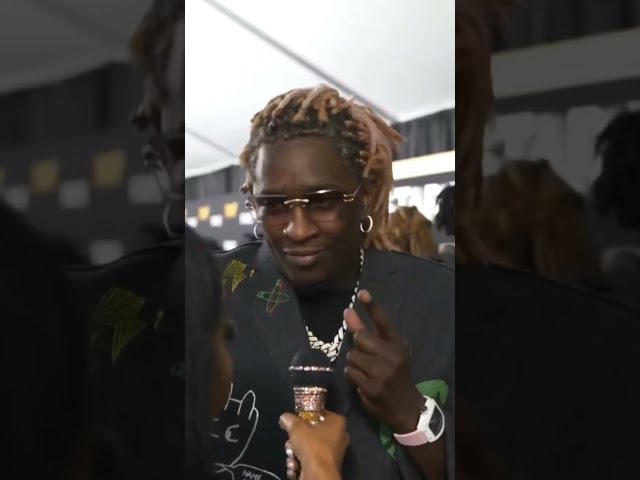 He resides in an 11,000 sq. ft. Buckhead mansion that rents almost $15,000 per month. The estate has six bedrooms, one indoor swimming pool, solarium, a four-car garage, and a huge parking space in case a party is organized.

Young Thug gained recognition after the release of his singles, Stoner and Danny Glover, in 2014. He also appeared on several singles and later signed to Lyor Cohen’s 300 Entertainment alongside a collaboration on the mixtape, Rich Gang: Tha Tour Pt. 1.