The moment a California mom TACKLES intruder ‘high on drugs’ who wandered into garage where her two girls, aged 5 and 6, were playing

In a matter of seconds, a California mother has gone from relaxing with her three young children in a friends’ garage to tackling an unhinged intruder.

The heart-stopping incident took place over the weekend in Rancho Cucamonga, located less than 40 miles east of downtown Los Angeles, and was caught on surveillance video.

The mother, who did not want to reveal her name or show her face on camera, told CBS Los Angeles that she, her two daughters, ages 5 and 6, and her one-year-old son were sitting were sitting around an electric fire pit when she saw a man she did not know charge towards them from the street. 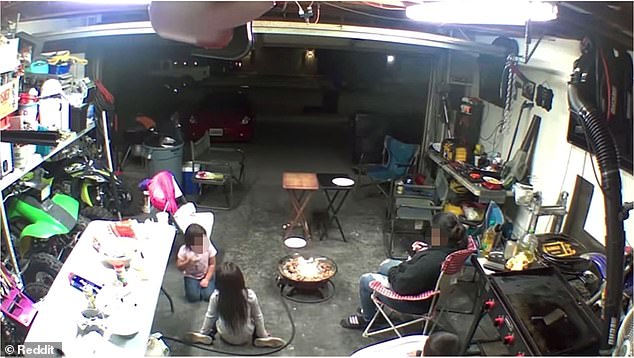 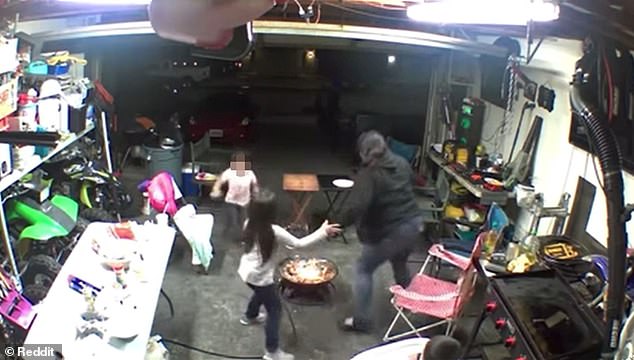 Surveillance video shows the mom jumping into actions to protect her girls, ages 5 and 6, and her one-year-old son from the unhinged stranger 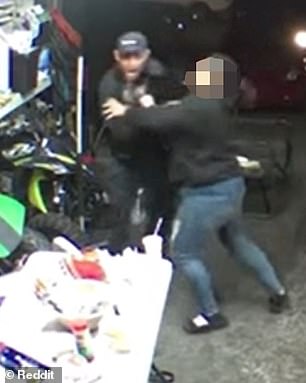 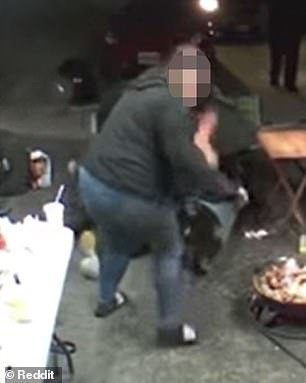 The woman tackles the suspect, 31-year-old Rasmus Rasmussen, and pins him down to allow her children to get away. ‘Get away from my kids!’ she yells at the man

One of the woman’s daughter was standing near the entrance of the garage when the stranger came running at her.

‘I’ve seen him coming into the driveway and my first instinct was just to block him to give my kids enough time to get away,’ the mother said.

Surveillance video from the garage shows the woman instantly jump to her feet and tackle the unwelcome guest to the ground while screaming at him: ‘get away from my kids!’

The woman grabbed the man by the neck and held onto him until her husband and a family friend came to her aid and hurled him to the ground. 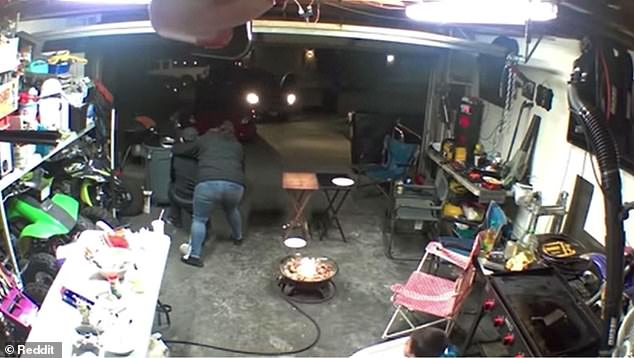 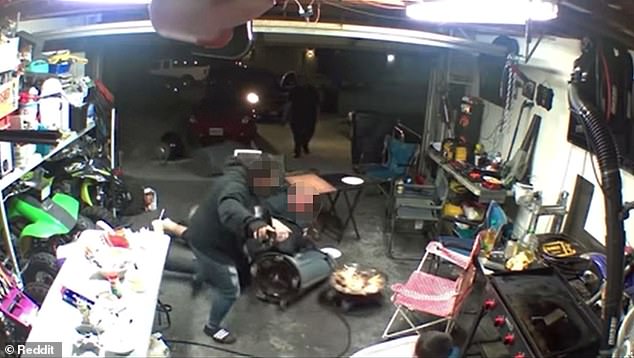 Police who were summoned to the scene arrested the suspect, identified as 31-year-old Rasmus Rasmussen on a charge of being under the influence of a controlled substance.

Investigators said Rasmussen was incoherent, did not know where he was and could not answer any of their questions.

Rasmussen was released after being cited for the misdemeanor drug count, but police said he could face an additional trespassing charge.

‘I think he should go to jail and stay in jail,’ the mother who helped apprehend Rasmussen said.