Three people are arrested in one of NYC’s BIGGEST drug busts: 2,000lbs of cocaine smuggled from Puerto Rico are found hidden in lawn equipment in trucks bound for the Bronx

A shipment of 920 kilos of cocaine was seized from three alleged drug traffickers in New Jersey, making it the largest bust in the Northeast region in a decade, the Drug Enforcement Administration announced Tuesday.

Each of the three men are being accused of conspiring to distribute and possess with intent to distribute five kilograms of cocaine between August and September 2021.

“A multi-million dollar storm of cocaine was seized before it could wreak havoc in the Northeast,’ DEA special agent in charge Ray Donovan said in a statement. ‘Over one ton of cocaine was seized, making it the largest cocaine seizure destined for the streets of New York in over a decade.’ 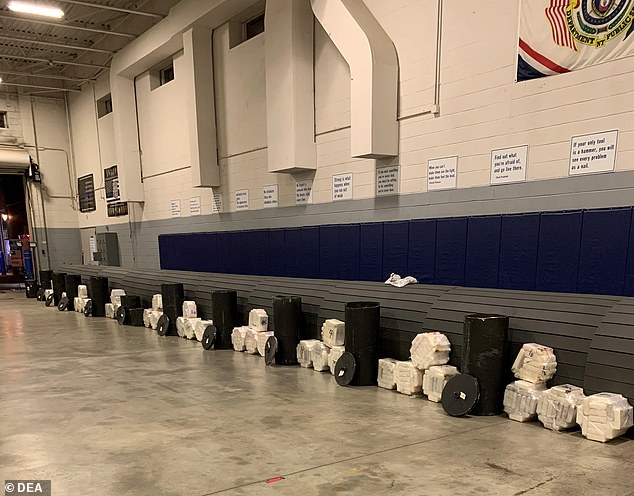 On Tuesday, the DEA revealed that agents and local authorities in New Jersey and New York participated in an operation that helped the federal agency seize 20 lawn rollers containing 960 kilos of cocaine that had been shipped from Puerto Rico to New Jersey in late September making it the largest bust in the Northeast region in 10 years. Details were revealed after a New York federal court grand jury indicted Jorge Aponte-Guzmán, 33; Nelson Agramonte-Minaya, 37; and Carlos Maisonet-López, 32, on Monday 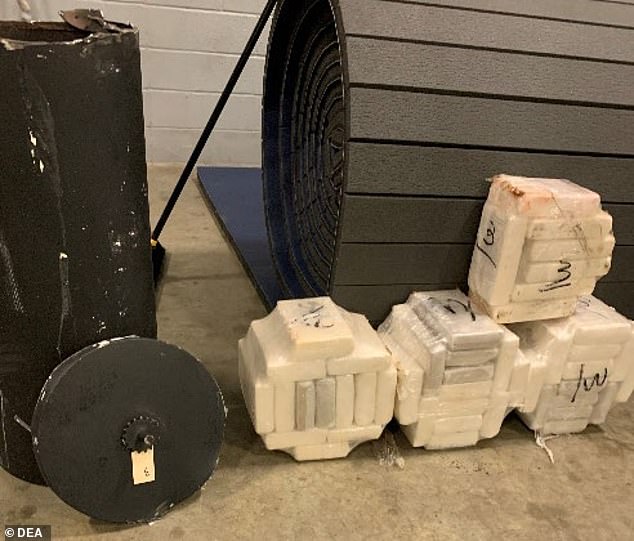 The federal narcotics agency said the drugs were sent from Puerto Rico and held at a loading dock in New Jersey where the suspects planned to pick it up.

The DEA indicated that approximately on September 29, Aponte-Guzmán drove a rental van to the dock and then headed to an abandoned lot next to residential property. Maisonet-López approached the vehicle before authorities swarmed in and arrested him and Aponte-Guzmán. Agramonte-Minaya was spotted neat the basement entry level and was taken into custody, too.

Officers inspecting the van found pallets holding 10 lawn rollers that were imported from Puerto Rico and that included a consignee address in the Bronx. Agents cut the lawn rollers and found 460 kilos of cocaine.

Authorities showed up at the loading dock on September 30 and discovered 10 additional lawn rollers with 460 kilos of cocaine that had arrived from the Caribbean Island a day earlier. It had the same Bronx address that was financially responsible for accepting the shipments.

Dock workers told investigators that delivery had arrived the day before.

According to the DEA, cocaine confiscations have increased by more than 150% in the last 12 months.

‘DEA and our law enforcement partners will continue to guard against drug trafficking organizations’ tactics and techniques to smuggle drugs into our country,’ Donovan said.

The DEA’s 2020 National Drug Threat Assessment identified Puerto Rico, as well as the U.S. Virgin Islands, as a key hub from drug trafficking organizations that ship cocaine to the United States because the cargo shipments between these U.S. territories and the continental United States are considered domestic and not subject to inspection.

‘Cocaine is the principal drug threat in the Caribbean region, with Puerto Rico and the USVI serving as major transshipment points between cocaine-producing countries in South America and the continental United States,’ the agency said it its annual report.

‘It is estimated that a third of the cocaine and heroin trafficked into Puerto Rico and the USVI remains for local consumption, but most is smuggled onwards to the continental United States,’ the DEA said. ‘Traffickers conceal cocaine in parcels mailed from Puerto Rico and the USVI to Florida and the northeastern United States, primarily Connecticut, Massachusetts, New York, and New Jersey.’