Off-spinner Harbhajan Singh has hailed Afghanistan leggie Rashid Khan as a “brave bowler” and a “warrior”. He admitted the versatile Afghan bowler could cause problems for India.

India will clash with Afghanistan in match number 33 of the T20 World Cup 2021 in Abu Dhabi on Wednesday. Having gone down to Pakistan and New Zealand without a fight, India will be keen to make an impression in the game against Afghanistan.

Previewing the match on Sportskeeda’s YouTube channel, Harbhajan said India will need to be wary of the threat posed by leg-spinner Rashid. The 41-year-old stated:

“Not only Indian batters, Rashid Khan has troubled batters from other nations as well, whether it is Australia, England or another side. He would be a challenge to the Indian team. Rashid Khan is a brave bowler. He is not scared of getting hit and is capable of producing big performances. Rashid is like a warrior on the field and always goes out to win. I hope India bat well in the match.” 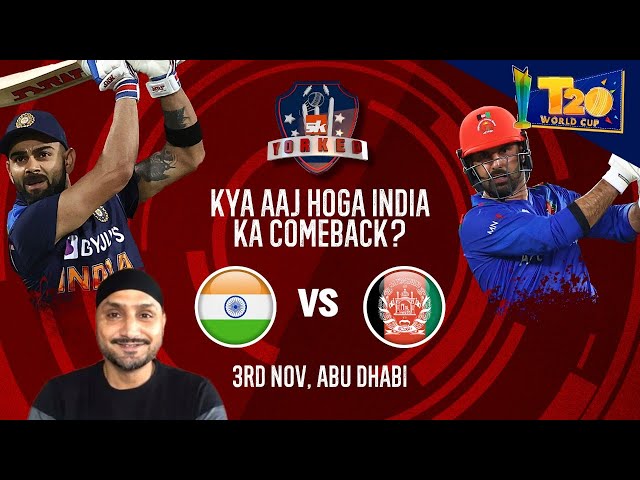 Sharing a suggestion on how to tackle the Afghanistan bowler, Harbhajan said:

“The Indian batters must play Rashid carefully and take chances against other bowlers.”

23-year-old Rashid has claimed seven wickets in three T20 World Cup 2021 matches so far, with a best of 4 for 9 against Scotland.

India’s batting has been hugely disappointing in the two matches so far. However, they played those games in Dubai, and Harbhajan is hopeful of the batters putting up a better show in Abu Dhabi.

“Of all the surfaces, Abu Dhabi’s pitch is the best for batting. In the matches that have been played there, batters have shown that runs can be scored over there. I just hope that we don’t lose two wickets in the first six overs. When we lose two early, we take too much time to recover and are not able to figure out when to start attacking. It’s all about going out there and making sure that we are not wasting those deliveries. Even if only 40 runs are scored, take it. Batters need to stay in for as long as possible instead of getting out while trying for the big hits.”

Batting first, India scored 151 for 7 against Pakistan and 110 for 7 against New Zealand, losing both matches by 10 and eight wickets respectively.