In arguably the biggest development in both the ongoing COVID crisis in the NFL and in Aaron Rodgers’ final season in Green Bay, the quarterback has been caught lying about his vaccination status.

All season long, the quarterback has been saying that he was “immunized” instead of “vaccinated” as a loophole to get around the COVID protocols and also avoid getting the shots.

As a result, the quarterback has been going around as normal and living life to the fullest despite not getting the vaccine. He has completely disregarded the NFL’s COVID protocols all season long.

Violations in the past have resulted in stiff fines for players with one or two slipups.

What will the NFL do to Aaron Rodgers after learning about his unwillingness to follow protocols all season long?

Is Aaron Rodgers’ future in trouble in the NFL?

To understand what the NFL can do, one must look at what the NFL penalties are for single violations. According to NFL.com, a refusal to submit to virus testing or a refusal to wear a tracking monitor would cost $50,000 and $14,650, respectively.

Another $14,650 fine would be levied on unvaccinated players who decide to visit bars, concerts, and other such gatherings with groups of large people.

Veteran QB Blake Bortles is flying to Green Bay with the expectation he will sign to the Packers’ practice squad and be eligible for the 53-man roster Sunday, per source. Bortles was on the Packers’ roster this summer until Aaron Rodgers reported.

Veteran QB Blake Bortles is flying to Green Bay with the expectation he will sign to the Packers’ practice squad and be eligible for the 53-man roster Sunday, per source. Bortles was on the Packers’ roster this summer until Aaron Rodgers reported.

Needless to say, Aaron Rodgers has effectively violated these rules every day for the last three months. Meaning, the quarterback seems to be in line for millions of dollars of fines, at minimum.

However, Rodgers’ case is so extreme and in such blatant disregard for the NFL’s rules that Commissioner Roger Goodell may step in.

As NFL Commissioner, Roger Goodell has the most centralized power in the NFL and is essentially the king of punishments. The severity of his punishments has been inconsistent over the course of his history as Commissioner.

This means that he can levy almost any punishment on Rodgers that he wishes.

Of course, he needs to weigh the fact that an outright ban or lengthy suspension could hurt the NFL’s bottom line as it would essentially end a franchise’s Super Bowl hopes. The move could result in a significant loss of viewership.

However, he likely feels that he must go further with punishment than just fines. 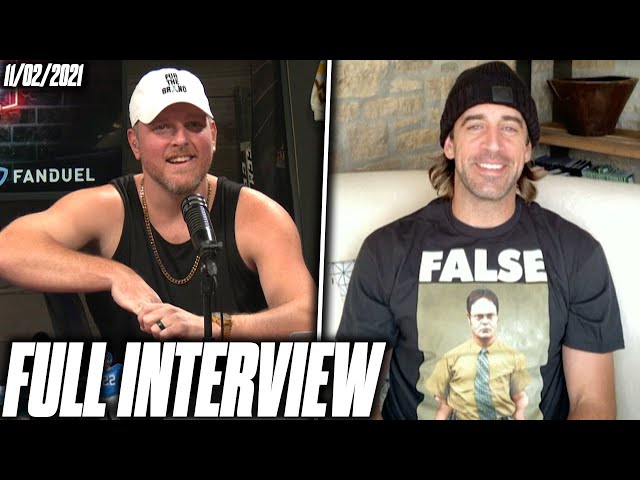 Could a suspension be coming for Rodgers? It seems that if the Commissioner was willing to suspend Tom Brady over inflated footballs, he would suspend Rodgers for endangering a plethora of people in violation of the NFL’s COVID-19 rules.

If a ban or fines come, it will likely be levied after Rodgers recovers from COVID-19, as the quarterback has tested positive for the virus and will be out for Week 9.

When he returns to full health, the quarterback will likely have to face the consequences of his actions. Depending on the length of the suspension and Rodgers’ already clear openness to leave the Packers behind him, could Thursday’s game against the Cardinals have been the last time the quarterback wears green?

Rodgers will be 38 years old in a month and well within the standard retirement window. If he was already thinking about retirement, then an onset of fines and a possible suspension might give him a head start out of the front door in Green Bay.

Could this possibly be the end of Rodgers’ run in the NFL?