Things got heated between Colby Covington and Kamaru Usman during the UFC 268 pre-fight press conference. As the two fighters stood in front of each other for the face-off, ‘The Nigerian Nightmare’ pushed Covington.

During the scuffle, ‘Chaos’ uttered some words towards his arch-rival. Covington mentioned Usman’s father and also accused ‘The Nigerian Nightmare’ of using steroids.

You can watch the clip of Covington hurling insults at Usman after their face-off below:

Kamaru Usman vs Colby Covington squared off ahead of #UFC268 and it got heated!!

That @DanaWhite angle! 🔥Kamaru Usman vs Colby Covington squared off ahead of #UFC268 and it got heated!! https://t.co/mluol7DHEG

Colby Covington has accused the welterweight champion of using performance-enhancing drugs on multiple occasions. In a recent interview with Kevin Iole for Yahoo! Sports, ‘Chaos’ said:

“So, we know his name is ‘Marty Juiceman’ now. He’s the CEO of EPO. And, you know, there’s a reason there’s a chemical imbalance. You can see the pimples all over his back, all over his face, you know. Dude, you’re a 36-year-old man. You think you’re gonna have a chemical imbalance in your age, like you’re going through puberty in your mid-30s? So, you know, I do think he s**ks, though. I think he’s a cheater. I would’ve finished him in that first fight if he didn’t get a fake timeout.”

You can watch the full Colby Covington interview with Yahoo! Sports below: 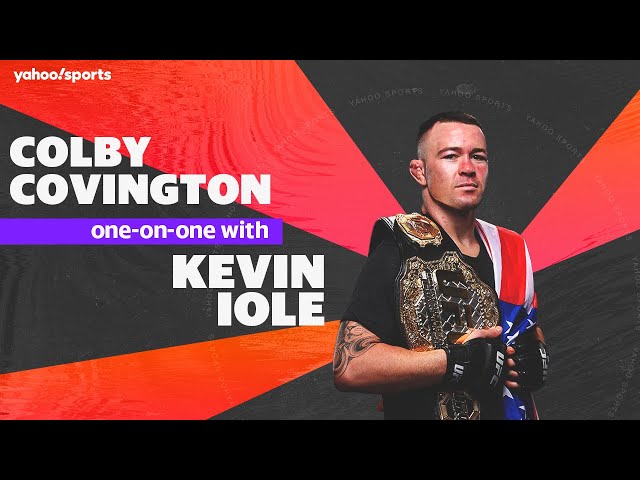 Colby Covington did suffer a broken jaw at UFC 245

Colby Covington has stated multiple times that he did not suffer a broken jaw during his first fight with Kamaru Usman at UFC 245.

However, MMA journalist Danny Segura recently posted a tweet showing part of the suspension report issued by the Nevada Athletic Commission for ‘Chaos’ after UFC 245. The report states that Covington did, in fact, suffer a broken jaw and was subsequently suspended.

Colby Covington did suffer a jaw fracture from his first bout against champion Kamaru Usman back at UFC 245 in 2019.

This is straight from the Nevada Athletic Commission medical suspensions obtained by @MMAjunkie. #UFC268

Colby Covington did suffer a jaw fracture from his first bout against champion Kamaru Usman back at UFC 245 in 2019.This is straight from the Nevada Athletic Commission medical suspensions obtained by @MMAjunkie. #UFC268 https://t.co/nsjXW6fKjd

‘Chaos’ also informed his corner in between rounds during the main event at UFC 245 that his jaw may have been compromised.