By Alex Ward For The Daily Mail

It’s hard for any child to get the knack of riding a normal bike with two wheels.

Daisy Adams, however, has conquered that and then gone on to master the unicycle – at the tender age of four.

She started using a balance bike aged just 20 months before progressing to a pedal bike when just over two.

Then, after seeing some older children using a unicycle, she told her parents Helen, 34, and Robert, 45, that she wanted a go too. They searched and eventually bought a second-hand one.

At first, Daisy struggled to balance and would cling to the family’s kitchen worktops as she cycled around their home in Bristol. But months of practice paid off, cycling along the pavement with her parents helping her. Now she can ride a unicycle unaided. 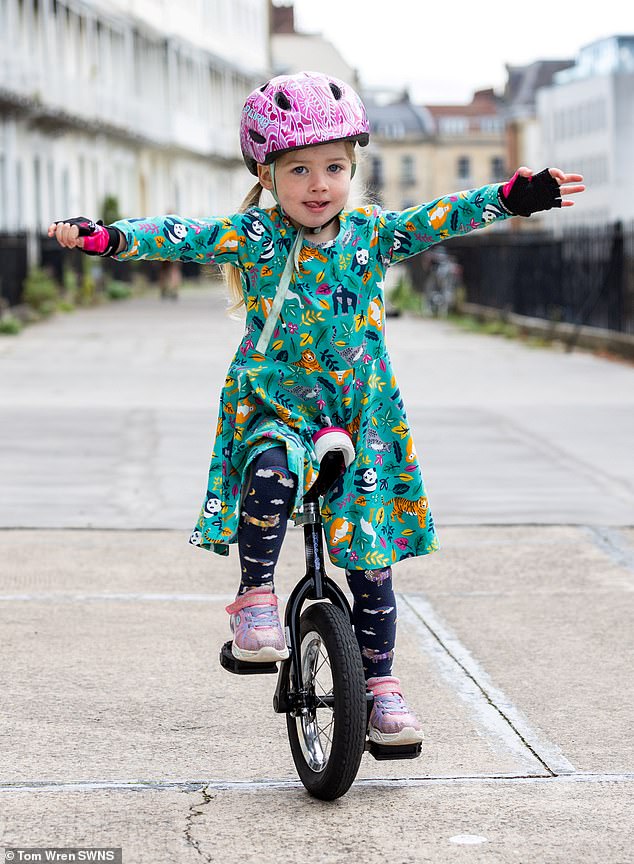 Now four, Daisy can ride a unicycle with no hands and unaided after learning by using kitchen countertops for balance (pictured) 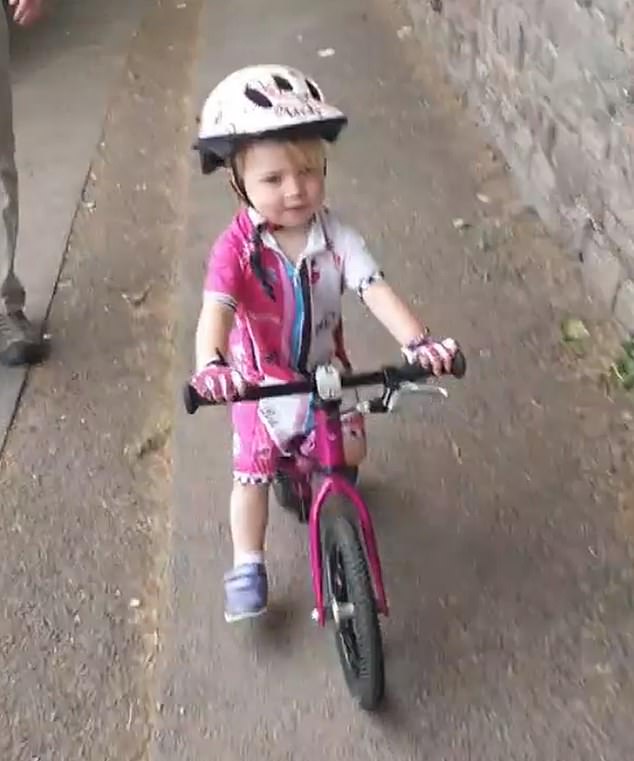 Balancing act: Daisy Adams kicked off on a bike without pedals (pictured) 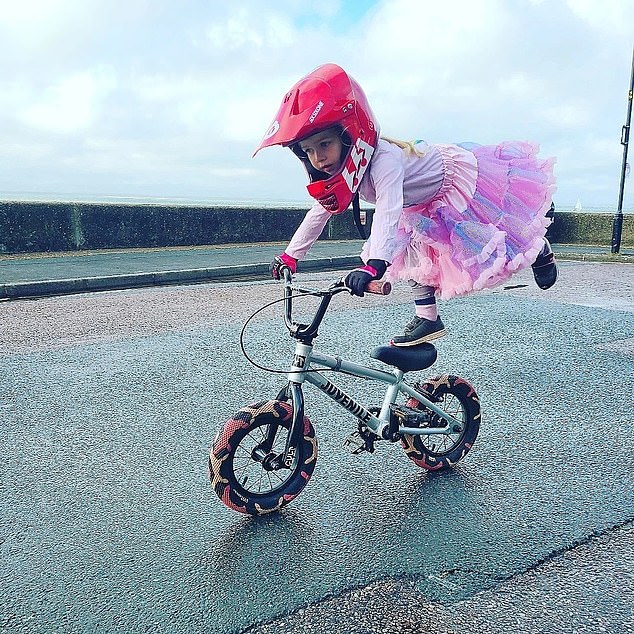 Mrs Adams said: ‘Other people are always amazed as she is not only very young but she’s very small, only 97cm (3ft 2in).

And it’s not the only riding skill she has. ‘Daisy practises and rides about four to five times a week,’ added her mother. ‘She rides mountain bikes, BMX, unicycles and even inside on her rollers.

‘She can stand up on her saddle on her BMX, put her hand on the crossbar and wave so she only has one hand on her bike.’ But the unicycle was her biggest challenge. ‘She says it’s the hardest thing she’s done but that she is really proud,’ said Mrs Adams, an outdoor activities instructor.

‘She just has phenomenal balance. She’s really in control with all the technical parts of it. It makes us happy that she found something that makes her smile so much.’

Daisy got her first mountain bike in June last year and goes cycling with her father, a developer and former top amateur cyclist, and mother. The little girl’s top distance is 47 miles from Bristol to near Bath.

In Britain, the invention of the unicycle was attributed to James Bedford Elliott in the 1870s when he took off the rear wheel from a penny farthing bicycle. 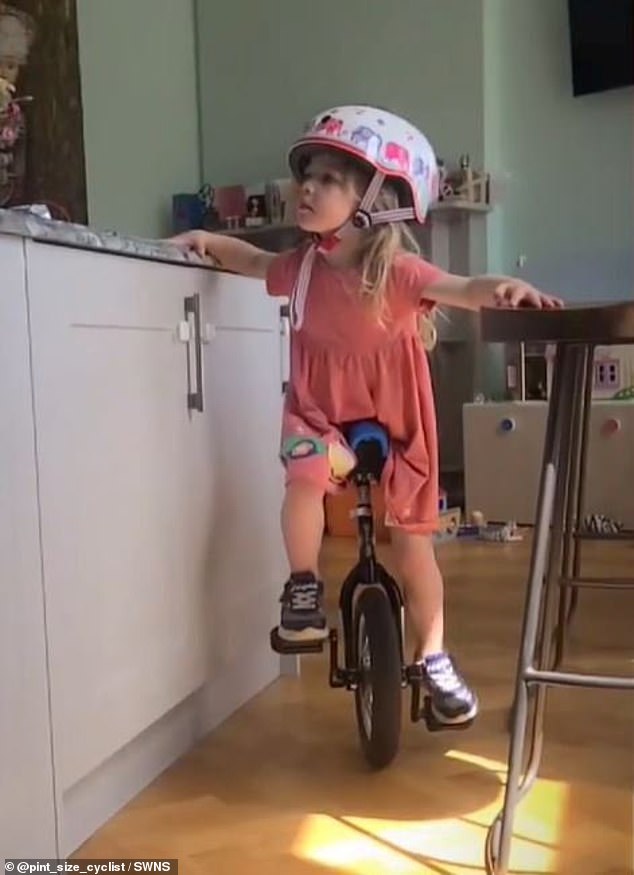 Daisy learnt to ride a unicycle, starting in the kitchen holding the countertops for support