Tyson and Tommy Fury recently took to social media to share glimpses of their first workout session in preparation for the 22-year-old’s fight against Jake Paul. The YouTuber-turned-boxer, however, suggested Tommy looked a bit static and stiff.

In a recent sit-down with TMZ Sports, Jake Paul opened up about his takeaways from Tommy Fury’s recent training footage. Suffice to say, ‘The Problem Child’ was not impressed.

“I thought he looked a little stiff and a little fat. It looks like he was coming off of eating Twinkies all day long. And it looks like he’s trying to fight like his older brother all of a sudden with that bounce. That’s harder to learn than you think Tommy, there. And you’re giving away all your stuff right away in the first day.”

Jake Paul has managed to overcome every single hurdle that has presented itself over the course of his fledgling boxing career. However, Tommy Fury is his biggest test to date. As Paul’s first age and weight-appropriate opponent, ‘TNT’ could easily bring this chapter of Paul’s career to an end.

However, if what Paul has to say is to be believed, it seems like ‘The Problem Child’ is not worried about fighting Tommy at all. The American also told TMZ Sports that he has been trading jabs with Tyson Fury in his social media DMs.

“I’m not worried. You know, we’re going back and forth in the DMs right now, me and Tyson, sending each other voice messages. Pretty funny. I’m calling his brother a squid. He saying, ‘He’s going to annihilate you Jakey boy.’ You can’t hate the guy. I love Tyson.”

The Cleveland native went on to play one of the voice messages from his chat with Tyson Fury for the fans to enjoy. 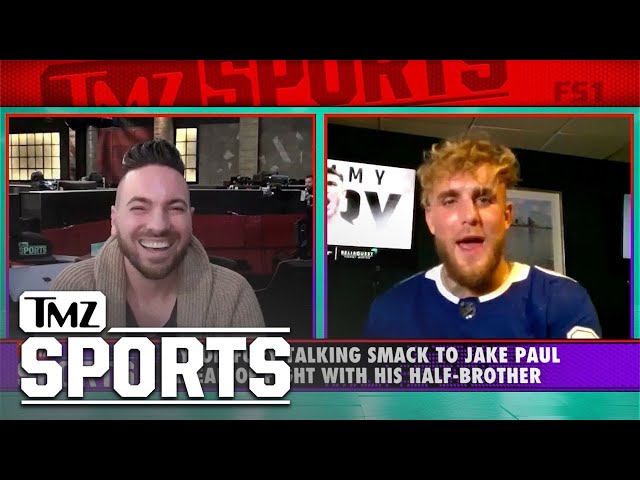 The stage for a massive fight between Jake Paul and Tommy Fury seems set. All that remains is for the fighters to prepare themselves and throw down inside the squared circle on December 18.