Border bedlam at THREE airports: Nationwide E-gate ‘outage’ sparks queue CHAOS at Heathrow, Stansted and Luton with arrivals stuck in ‘two-hour’ lines while technicians battle to get system back online

Air passengers arriving in London this morning faced queues of up to two hours after a nationwide eGate outage caused chaos at Heathrow, Luton and Stansted.

Photographs posted on social media by irate travellers showed hundreds of people waiting in line at all three airports today, with those queuing describing the situation as ‘bizarre’ and a ‘complete shower’.

Passengers waiting at Luton were told by officials that there was a ‘national outage at border control’, with one telling MailOnline that he had been waiting for two hours after landing on a flight from Amsterdam.

The Home Office apologised to travellers for the disruption caused and confirmed that there was a ‘technical issue affecting eGates at a number of ports’ which it was working to resolve ‘as soon as possible’. 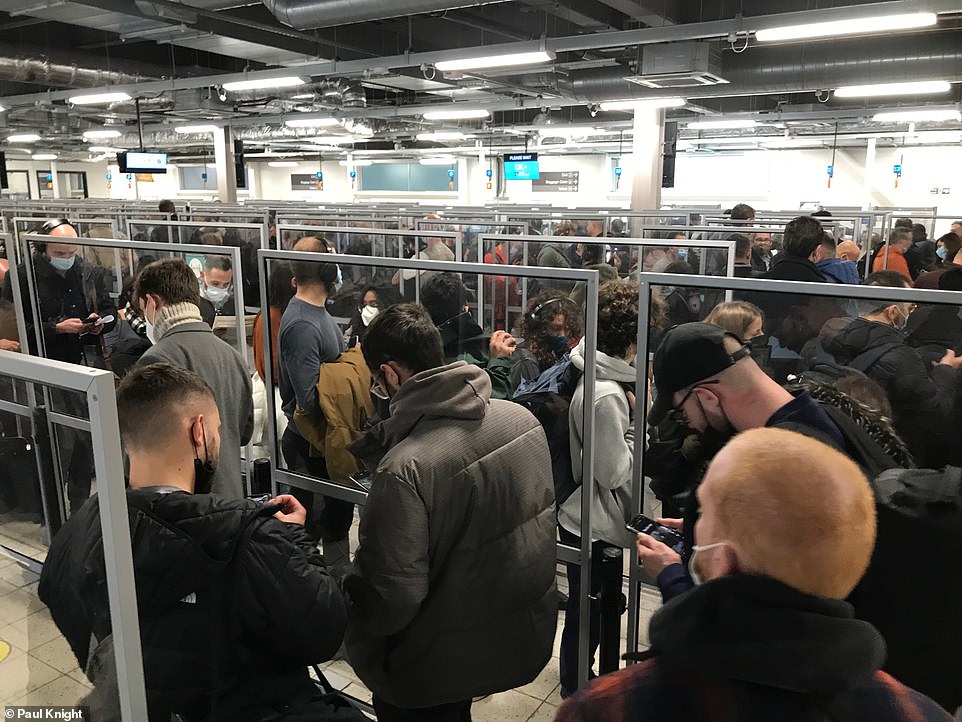 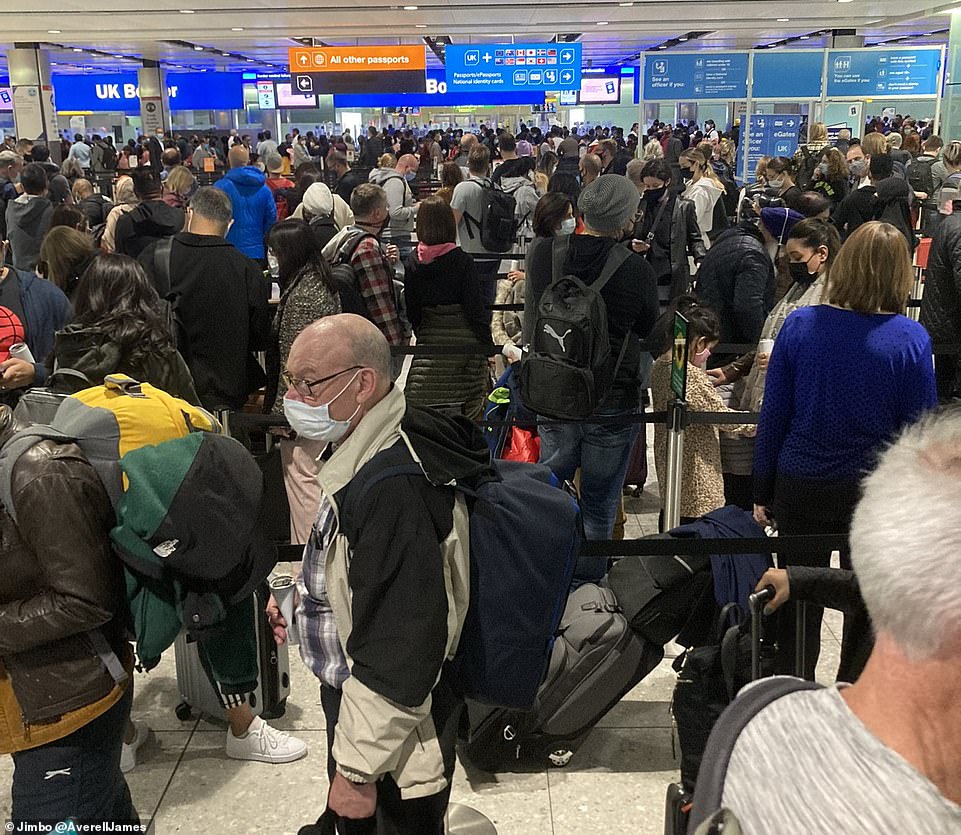 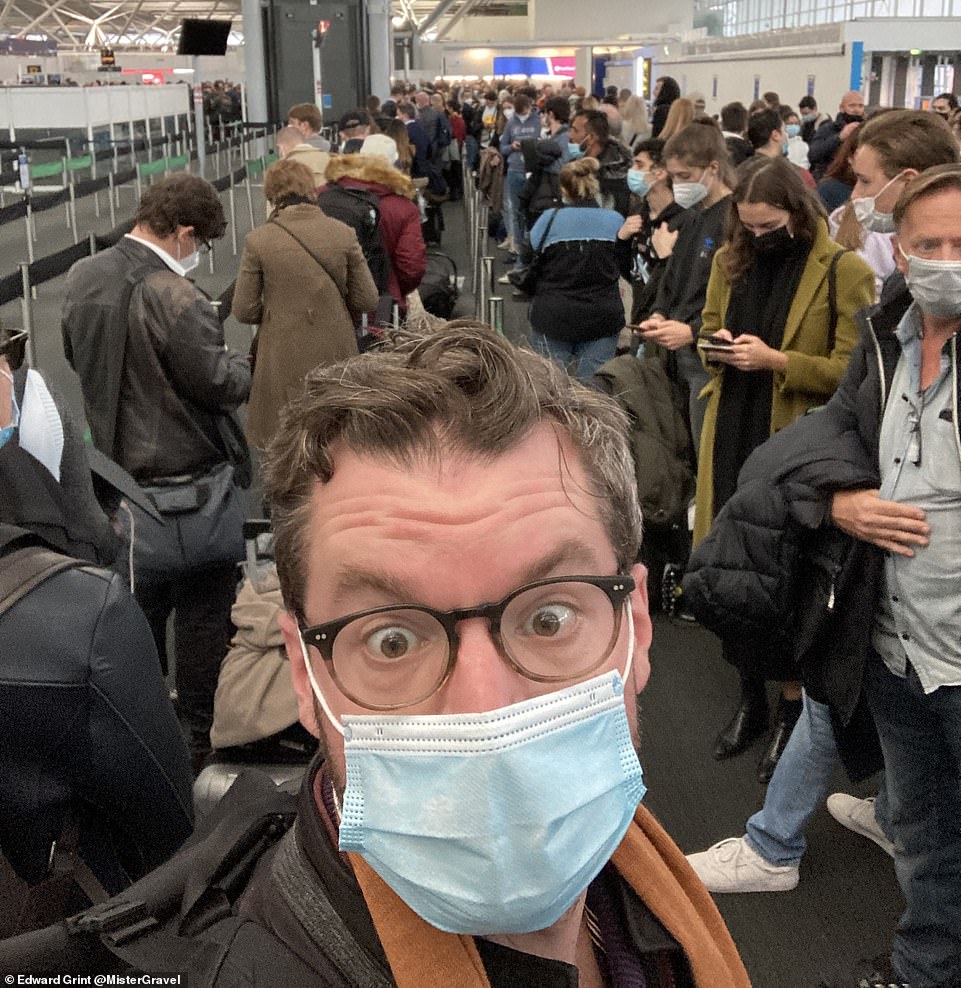 Among those stuck in the Heathrow chaos was Bloomberg reporter Sid Philip, who tweeted a photograph of a huge queue and wrote shortly before 9am: ‘Another day, another outage at Heathrow.

‘Two hours from plane to outside the terminal and I was lucky! The bizarre bit was for about ten minutes none of the counters were manned as the agents laughed, stood up and left!’

Bass baritone singer Edward Grint, who was stuck in a queue at Stansted, added: ‘Stansted or Standstill? Landed nearly an hour ago. Looks like it’s going to be well over two hours waiting for someone to check my forms.’

And another Twitter user queueing at Heathrow said: ‘A complete shower at #heathrow #heathrowairport #heathrowarrivals as the eGates have gone down. B****y massive queue, and no real additional staff to be seen.’

Paul Knight, 56, who lives on the Isle of Wight and works in marketing and photography, said he was caught up in the queues at Luton after landing on an easyJet flight from Amsterdam Schipol at 9.40am.

He told MailOnline: ‘Someone has come up and down the queue, they’ve said it’s a national outage at border control. The official came up once or twice in this massive queue. I’d say there’s probably another hour to go.

‘People are patient here, there’s no ranting and raving. It’s generally quite calm. Most people have still got their masks on but some have dropped them down, getting a bit hot and sweaty. Everybody’s been pretty patient.’

A Home Office spokesman said: ‘We are aware of a technical issue affecting eGates at a number of ports. We are working to resolve the issue as soon as possible and apologise to all passengers for the inconvenience caused.’

A source within the Government department insisted to MailOnline that the eGates were constantly monitored by officials in an effort to minimise disruption, and that border security had not been affected by today’s issue.