Michael Chandler revealed he apologized to his wife after a three-round UFC 268 war with Justin Gaethje.

Speaking to Ariel Helwani on The MMA Hour, the UFC lightweight star explained he could’ve fought more intelligently in his unanimous decision loss against ‘The Highlight.’ Nevertheless, Chandler emphasized he’s happy to have been part of an all-time classic.

Helwani asked Michael Chandler whether as a family man he feels being in those grueling fights could hurt his well-being. Chandler indicated he does think about the risks.

‘Iron’ reiterated his love for his wife and son. However, the veteran said he’s enjoying his career and the process and isn’t slowing down any time soon.

Ariel Helwani suggested Michael Chandler’s original plan for the Justin Gaethje fight was to be more tactful. Helwani pointed out that this plan faded once the fight started, highlighting Gaethje’s ability to draw his opponents into brawls.

On that note, Helwani asked Michael Chandler whether this was indeed what happened. Chandler concurred and stated:

“It was. And I had to apologize to my wife because I told her. I told her what the game plan was. The game plan was; ‘cause I think I beat Justin Gaethje in a wrestling match 9 times out of 10. And that’s not any disrespect to him. I just think my wrestling is better than his. I could’ve used my wrestling more. I could’ve used cage control a little bit more. I could’ve grabbed hands, under-hooked, grabbed the head. I could’ve made it a little bit more of a close-quarters type of fight, instead of going out there throwing big shots. But once the fight started, I reverted back to who I am as a person. I reverted to what courses through my DNA, which is just fighting, man. And I loved it.”

Michael Chandler praised Justin Gaethje for his post-fight octagon interview. ‘Iron’ agreed with Gaethje’s assessment each man ought to have been born when Colosseum warriors fought to the death.

You can watch Michael Chandler’s conversation with Ariel Helwani in the video below: 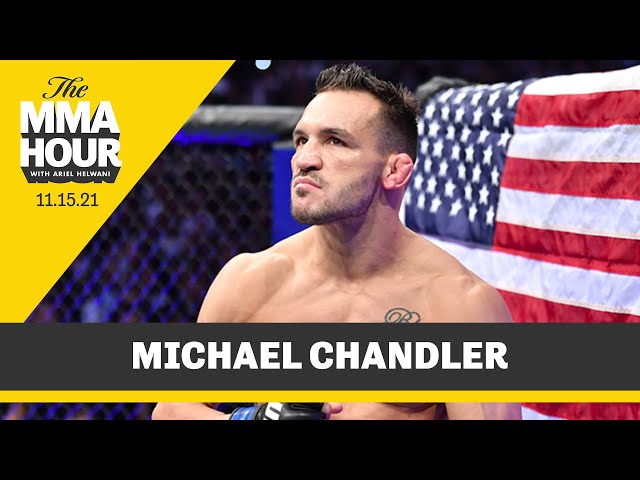 Michael Chandler recently teased a showdown against UFC legend Conor McGregor. ‘Notorious’ responded to Chandler and insinuated they will fight at some point.

Both veteran fan-favorites are on two-fight losing streaks. Conor McGregor is recovering from a gruesome leg injury but is expected to return in 2022.

@MikeChandlerMMA I’m down at some stage for sure. Great fight the other night Mike, congrats!

@MikeChandlerMMA I’m down at some stage for sure. Great fight the other night Mike, congrats!

Michael Chandler is thought to be one of the frontrunners to next face McGregor. Whether this dream matchup occurs remains to be seen.