We got the Adidas Predator SBC in FIFA 22 yesterday, and EA Sports has dropped another single task SBC named after another iconic footwear from the house of Adidas.

November can be described as the gold mine of all single-task SBCs. What started with the Rulebreakers promo has now continued into the second half with the Numbers Up promo. Most of these single-task SBCs have been popular among the FIFA 22 community.

It is quite easy to understand why these SBCs are so popular. While the veterans of FIFA 22 can complete complex and costlier SBCs, that is not the case with beginners. They have to rely on these SBCs, which have better investment opportunities most of the time than opening packs with FUT coins.

Tasks, rewards, and review of the Adidas Copa SBC in FIFA 22 Ultimate Team

These are the set of conditions for the task that is to be formed and submitted to complete the Adidas Copa SBC: 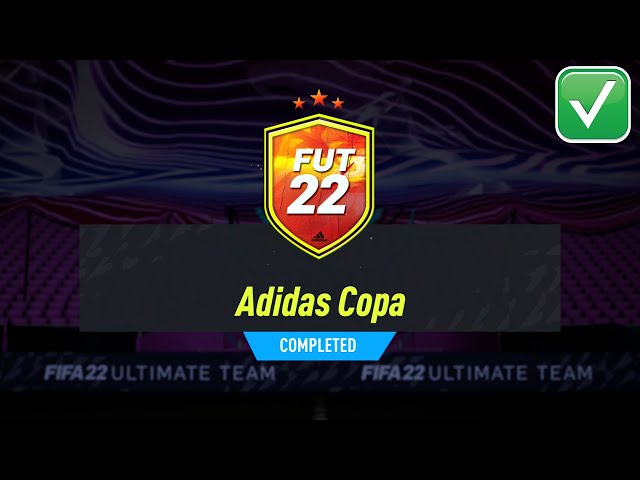 The Adidas Copa SBC, like all single-task SBCs so far, is not that costly. If a FIFA 22 player plans to complete this SBC from scratch, it will only cost them about 3000 coins.

What is the Adidas Copa SBC?

The Adidas Copa SBC is a single task SBC from the Numbers Up promo in FIFA 22. Since the SBC is a non-repetitive one, all players can complete the SBC at most once. FIFA 22 players will have to be proactive if they want to complete this SBC as it is available for less than 48 hours.

The Numbers Up promo has featured some good single-task SBCs, and Adidas Copa SBC is not really on that great tier. Adidas Copa SBC in FIFA 22 will reward completing players with one Small Rare Gold Players Pack.

Based on its completion cost, Adidas Copa SBC lies in the middle of great and awful SBCs. It is not as terrible as the Chase Your Dreams SBC, one of the worst SBCs in FIFA 22. However, this SBC is not as great as yesterday’s Adidas Predator SBC as well.

We will leave this SBC at the player’s discretion on deciding if they want to do the Adidas Copa SBC in FIFA 22 or skip it.