Jacques Rougeau recently called on Vince McMahon to put personal feelings aside and allow him to join the WWE Hall of Fame.

Rougeau worked in two tag teams, The Fabulous Rougeaus (w/Raymond Rougeau) and The Quebecers (w/Pierre Ouellet), during his time in WWE between 1986 and 1994. He also won the Intercontinental Championship from Bret Hart in 1992.

Speaking to Jofo In The Ring’s Jeremy Prophet, Rougeau claimed Vince McMahon has held a grudge against him for more than 25 years. He also sent a message to the WWE Chairman about his Hall of Fame credentials.

“Vince McMahon, I have a message for you. The Hall of Fame should not be dedicated by the personal relationships you have with a person, but by the talent of what he’s accomplished, and that’s how it [people] should be put in the Hall of Fame,” he said.

“I’m telling you right now, the Fabulous Rougeau brothers, The Quebecers, The Mountie, and everything I’ve done in this business… I’ve seen guys that are in the Hall of Fame, and everybody that I worked with, that I created, that we helped create each other, are there, so put your feelings aside, Vince McMahon.” 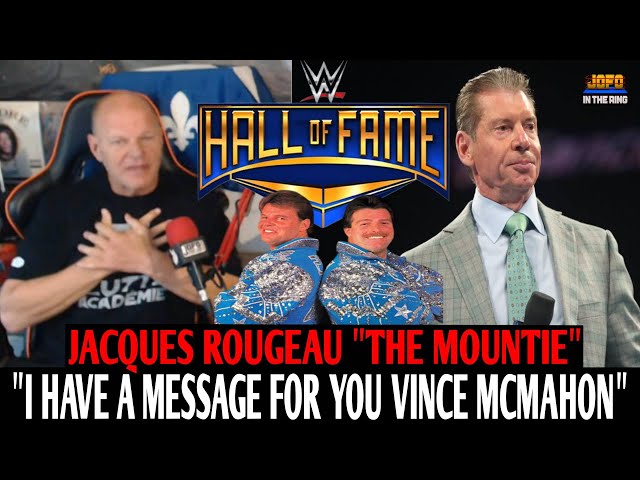 Rougeau also alleged that Vince McMahon holds grudges against Demolition and Rick Martel, hence why they are not WWE Hall of Famers.

Jacques Rougeau told Sportskeeda Wrestling’s Dr. Chris Featherstone last year that his relationship with Vince McMahon was “done for the rest of [his] life” in 1994. The final straw for Rougeau came at WrestleMania 10, where McMahon booked Men on a Mission to defeat The Quebecers at short notice.

Despite his previous comments, the former Intercontinental Champion clarified that he does not have any resentment about his Hall of Fame exclusion.

Rougeau’s most memorable WWE run arguably came when he teamed up with Pierre Ouellet to form The Quebecers. The two men held the WWE Tag Team Championship three times between 1993 and 1994.

Please credit Jofo In The Ring and give a H/T to Sportskeeda Wrestling for the transcription if you use quotes from this article.

Q. Should Jacques Rougeau be a WWE Hall of Famer?