A huge update is now available for the GTA Trilogy, particularly on the PlayStation consoles.

The remastered games were harshly criticized over gameplay and graphical issues. Many players even gave it very low scores on the MetaCritic website, stating that it seemed like an unfinished game. Rockstar took note of this in their recent apology, so it appears they are taking action.

The new GTA Trilogy update requires huge PlayStation file sizes, according to a few Twitter users who were able to cover specific details. There is no doubt that other platforms are soon to follow but in the meantime, the PlayStation file sizes indicate these are going to be major fixes. The story is currently in development as of this writing. 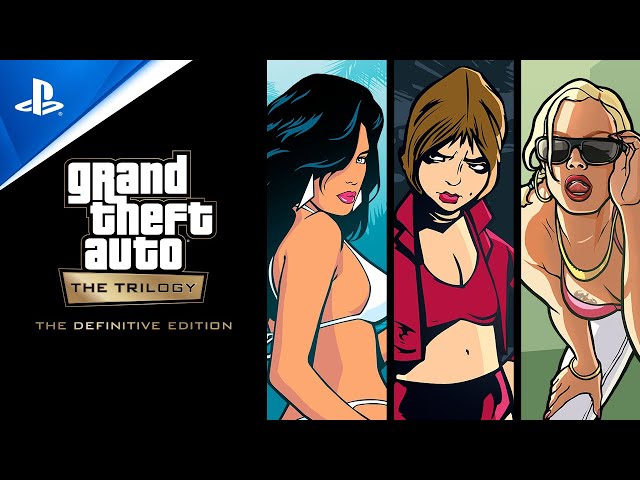 The PlayStation versions are the first platforms to experience these major updates. Players have been asking for bug fixes for a while now. Given the PlayStation file sizes, it seems like Rockstar is taking it very seriously. Of course, it remains to be seen if anything will drastically change.

All credit goes to dash_GTA, who recently shared this information on their Twitter account. These are the GTA Trilogy file sizes for the PlayStation consoles:

PlayStation users will have to download over two gigabytes of data for the GTA Trilogy. This is a very big update from Rockstar Games, who have come under heavy fire in the past week. The GTA Trilogy received overwhelming negativity over a number of unresolved issues.

Players often compare the remastered GTA Trilogy to the disastrous launch of Cyberpunk 2077. For starters, there are graphical bugs all over these games. Character models and random objects suddenly become glitchy.

However, not all of these bugs are harmless. Sometimes players can get hit by high-speed vehicles. The countryside in San Andreas has an invisible bridge. Players can be blinded by the distracting rain effect. Worst of all, some missions cannot be completed on the PC version.

It got so bad that Rockstar had to take it off their official store. PC players could barely play it on launch day before it was removed. They were unable to play the game for a few days, which caused a massive backlash. Some of them even demanded refunds over the debacle.

Contents of the PlayStation file sizes

.@RockstarGames is currently rolling out patches for the #GTATrilogyDefinitiveEdition on all platforms with the PlayStation being the first one.

.@RockstarGames is currently rolling out patches for the #GTATrilogyDefinitiveEdition on all platforms with the PlayStation being the first one. What’s in these patches we don’t know yet but we can only assume it’s to fix the bugs that have been reported by the community

This is currently a developing story, which means the contents are still unknown. GTA Trilogy players will find out for themselves firsthand, at least on the PlayStation versions. The community will eventually report their findings on social media platforms, so players should be on the lookout.

An update regarding the unexpected technical issues with Grand Theft Auto: The Trilogy – The Definitive Edition. rsg.ms/de7593e

An update regarding the unexpected technical issues with Grand Theft Auto: The Trilogy – The Definitive Edition. rsg.ms/de7593e https://t.co/AsfYPuMI0d

Rockstar is trying to make amends to their player base, especially after the negative reception to the GTA Trilogy. The company is already offering the original bundle at no additional charges. They also made a direct apology to consumers of their product, as seen below:

“Firstly, we want to sincerely apologize to everyone who has encountered issues playing these games.”

They went on to recognize that many players are experiencing technical issues. Rockstar is currently working on resolving them in a timely manner. Perhaps the PlayStation file sizes might suggest it’s going to be a major fix. There are going to be multiple updates going forward, but this will be the first.

At the very least, PlayStation users will be the first to try out the new game. It’s going to take some time before it meets player expectations.