Shayna Baszler recently divulged the name of a member from Team RAW that she was looking to get even with.

Baszler mentioned that she had a bone to pick with Rhea Ripley. The Queen of Spades recalled that she had history with Ripley dating from their time together in NXT.

The WWE superstar spoke to Sid Pullar III of Sportskeeda Wrestling to discuss the upcoming Survivor Series pay-per-view. Baszler was determined to get her win back, whether it was at Survivor Series or anywhere else.

Here’s what she had to say:

“Well, obviously, Rhea Ripley and I have a score to settle. At least in my mind. Just from all the way back from NXT. That’s some business I’d like to get back. Honestly, when you look at both brands, all the members on each team are very viable competitors. So not to say that I’m not going to be on the lookout or willing to tear limbs off of anyone, but for sure, I got to have that. Whether it’s [at] Survivor Series or somewhere else. I’ve got to get that back,” Baszler said. 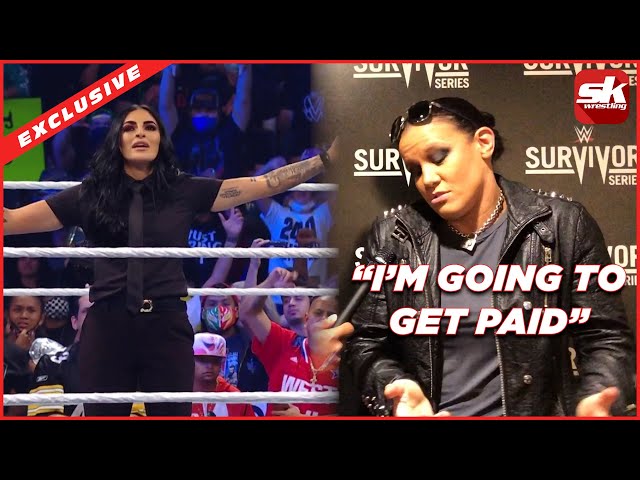 Shayna Baszler picked up a win on SmackDown this week

Aliyah and Naomi have had the short end of the stick under the administration of Sonya Deville. The two women looked set to get some retribution this week on SmackDown as they took on the team of Natalya and Shayna Baszler in tag team action.

However, Natalya won the match for her team when she rolled up Naomi and the ref delivered a quick count. After the match, WWE correspondent Megan Morant caught up with the victors. Shayna Baszler then pointed out that the victory marked the 500th win for Natalya in WWE.