The creator spent more than a month and $3.5 million on the overall project. MrBeast’s Squid Game episode 1 had total prize money of $456k, as player 79 ended up going home with the grand prize.

The content creator looked to have put in a lot of thought in deciding some of the participants with numbers that played a significant role in the actual series. The following article looks at the available information about participants 456, 001, and 67 in MrBeast’s version of Squid Game. 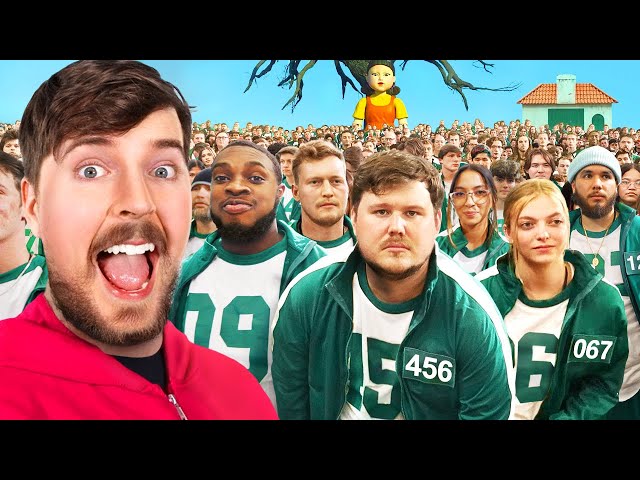 First and foremost, player 001, played by actor Oh Yeong-su in the original series, becomes a close friend of the protagonist Seong Gi-hun, player 456. Player 001, Oh Il-nam was later revealed to be involved in the organization of the despotic Squid Game in the Netflix series.

The identity of player 001 from MrBeast’s version of Squid Game is unknown. As the picture suggests, participant 001 bore a resemblance to the actual character nicknamed “old man” by Seong Gi-hun.

Player 67 from the Netflix series came third overall and was murdered in cold blood by Cho Sang-woo, who finished second. The character was played by actor HoYeon Jung whose popularity has increased by leaps and bounds since the series was released.

MrBeast’s player 67 is allegedly named Camilla Araujo. Viewers managed to dig up the participant’s Instagram id, with a part of the community responding by “simping” over Araujo. For more information related to her identity and social media handles, you can visit this link.

Moving on, the final character from MrBeast’s Squid Game that bore a resemblance to the one from the actual series was none other than player 456. Seong Gi-hun, played by South Korean actor Lee Jung-jae, ended up winning the grand prize.

The protagonist chose to stay back and try to bring an end to the organization that organizes Squid Game in the series.

The identity of player 456 from MrBeast’s Squid Game has also been revealed. The participant has the Twitter handle @BEASTBALL1 and responded to one of the viral posts. While player 456 won the actual Squid Game, it was player 079 who won MrBeast’s version of the series.