Boy, 7, dies from head injuries after girl accidentally let go of his wheelchair as they walked down a ramp at school sending him crashing into the concrete

Victoria’s education department has been fined $200,000 after a child with severe physical and intellectual disabilities died when his wheelchair fell over at a special needs school.

Jovan Talwar died after hitting his head when his wheelchair tipped over at the bottom of a ramp at Warringa Park, in Hoppers Crossing, in November 2018.

The seven-year-old was lining up with other students at the classroom door to go outside while the classroom’s teacher and teacher’s aid were dealing with a misbehaving student. 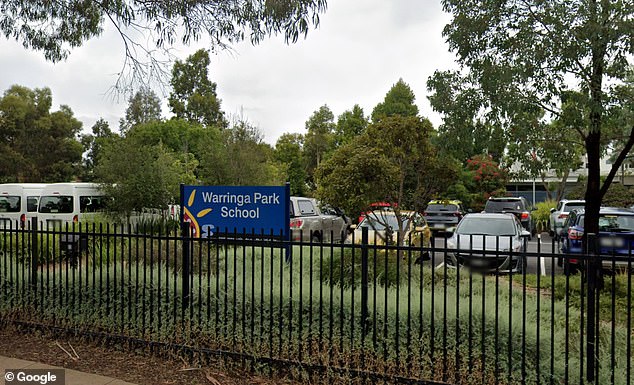 Jovan Talwar died after hitting his head when his wheelchair tipped over at the bottom of a ramp at Warringa Park, in Hoppers Crossing, in November 2018

A girl was asked to move the students out of the classroom but she accidentally let go of Jovan’s wheelchair and it slid down the ramp at speed.

The wheelchair tipped over at the bottom of the ramp and Jovan hit his head on the concrete landing.

Judge Richard Maidment on Friday described the risk posed by a gap at the bottom of the ramp as ‘substantial and obvious’ but one that was ‘readily rectifiable’.

He also likened the daily risks faced by Jovan – due to his disabilities – to those of a toddler.

‘Anybody who has been a parent would readily understand the dangers of almost any object to an unsupervised toddler,’ Judge Maidment told the Victorian County Court. 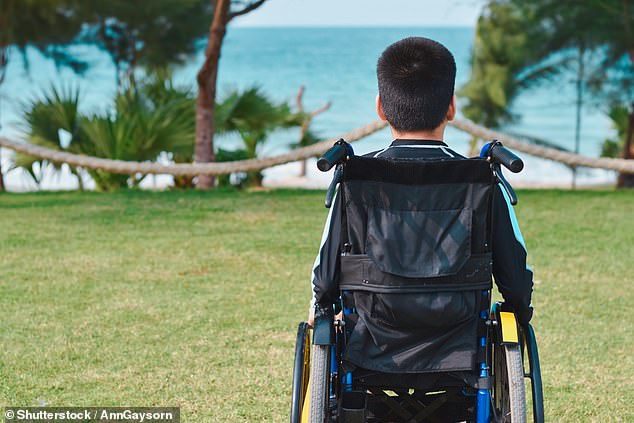 The wheelchair tipped over at the bottom of the ramp and Jovan hit his head on the concrete landing. He died in hospital four days later (stock image pictured)

‘For a situation to be permitted … of a student with Jovan’s disabilities negotiating the ramp without being supervised, without a responsible adult holding the wheelchair throughout the negotiation of the ramp, was absolutely fraught with danger.’

The Department of Education and Training had pleaded guilty to two charges of failing to ensure that people other than employees were not exposed to risks to their health and safety.

The court heard it was reasonably practicable for the department to professionally assess the construction and maintenance of all ramps at the school and train staff on the student’s care requirements.

An earlier WorkSafe Victoria investigation found the ramp, which did not sit flush with the concrete, had failed to meet safety standards.

It also found the student teacher was not given an induction on the student’s special needs and that teaching staff at the school were not properly trained.

‘The lack of training … was undoubtedly a significant contributor to the death that occurred,’ Judge Maidment said.

‘Given the nature of the school and the range of the disabilities the school had to cater for … it was particularly important for the department to have audited the health and safety of the school in a comprehensive manner.’

Judge Maidment accepted the education department had shown remorse and improved its training and safety measures at Warringa Park and other schools.

‘This incident was a tragedy – and our thoughts are with this child’s family,’ a department spokesman said in a statement to AAP.

‘We’ve already taken steps to make sure an incident like this doesn’t happen again, both at Warringa Park School and across our education system.’