Paul Felder has revealed that he’d be willing to come out of retirement for a potential fight against Conor McGregor.

An American of Irish descent, Paul Felder has often been on the receiving end of MMA megastar Conor McGregor’s jibes over the years. ‘Notorious’ has often questioned Felder’s Irish heritage.

Highlighting Paul Felder’s surname, Conor McGregor asserted that the UFC commentator is German and not Irish. Felder, on his part, has largely taken the Irish MMA stalwart’s comments in his stride and even offered to settle his differences with McGregor inside the octagon.

That said, Paul Felder and Conor McGregor seemingly buried the hatchet after Felder’s retirement earlier this year. On that note, in an appearance on MMA Junkie Radio, ‘The Irish Dragon’ has admitted that he’d return to the octagon for a fight against Conor McGregor. Felder stated:

“There’s one; there’s like, two scenarios, right? Obviously, the ‘money fight.’ For some reason, if Conor just hates my guts again and wants to fight me, okay, sure. Yeah, I’ll throw on the old MMA gloves to get back in there to change my life and teach him a lesson. But other than that, no. I mean, and the other one I was; (UFC welterweight) Sean Brady actually texted me the other day, maybe this morning. He just got back, and he’s like, ‘Would you come back out of retirement for a fight at the Wells Fargo with all of us?’ Now, we’ve got like, eight Philly guys or at least close to it.”

“That would be tough to turn down. But I don’t know when they’re coming back to the Wells Fargo, and who would I fight, I don’t know.”

Watch Paul Felder’s interview with MMA Junkie in the video below: 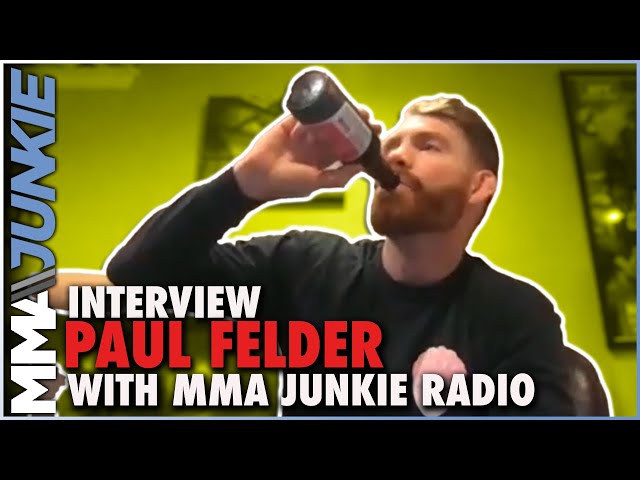 Paul Felder’s most recent fight was a split decision loss against Rafael dos Anjos at UFC Fight Night: Felder vs. Dos Anjos in November 2020. Felder announced his retirement from the sport of MMA in May of this year. He currently works as a UFC commentator and MMA analyst.

“I’m retiring officially from the sport of mixed martial arts and the UFC.”

On the #UFCVegas27 broadcast @felderpaul calls time on his career. All the best to the Irish Dragon! 🙏

“I’m retiring officially from the sport of mixed martial arts and the UFC.”On the #UFCVegas27 broadcast @felderpaul calls time on his career. All the best to the Irish Dragon! 🙏 https://t.co/LD8uGgJo4c

Meanwhile, Conor McGregor’s most recent fight was a first-round TKO loss against Dustin Poirier at UFC 264 in July of this year. ‘Notorious’ suffered a gruesome leg injury in the fight. He’s been focused on recovering ever since and has suggested that he could fight Poirier for the fourth time when he returns.

Conor McGregor recently indicated that he could make his much-awaited comeback in mid-2022. McGregor’s next opponent and exact comeback date are yet to be revealed.