Coach Javier Mendez shed light upon whether Islam Makhachev can move up in weight. Mendez – who’s the head coach at the AKA (American Kickboxing Academy) in San Jose, California – suggested Makhachev can fight at higher weight classes.

For years, Javier Mendez has coached Islam Makhachev and several other Dagestani fighters. This includes Makhachev’s friend, former UFC lightweight champion Khabib Nurmagomedov. Mendez is well-aware of his pupil’s capabilities and discussed them during a recent live stream on his YouTube channel.

In a video posted to the Javier Mendez AKA Podcast YouTube channel, Mendez claimed Islam Makhachev could fight as high as middleweight. When asked if Makhachev would ever move up in weight, Mendez stated:

“That’s an Islam question. I mean, can he? Absolutely. Islam can and does have the frame and the technical ability to go up to middleweight if he chose, you know, although he would be a small middleweight.”

Javier Mendez purportedly spoke about Islam Makhachev being a mid-sized welterweight. Mendez seemingly misspoke and referred to ‘welterweight’ as ‘light heavyweight’. He said:

“And as a light heavyweight, he’d be a not-so-small but not-so-big (fighter) either. So, he’s at the weight (lightweight) where he’s one of the bigger ones for sure. But he’s not that big where he can’t make weight. I mean, this last time, he made weight – last two times, he made weight fairly easy. It wasn’t hard at all, compared to the times before that, (which) was a struggle.”

You can watch Javier Mendez address Islam Makhachev possibly moving up in weight, as well as other topics, in the video below: 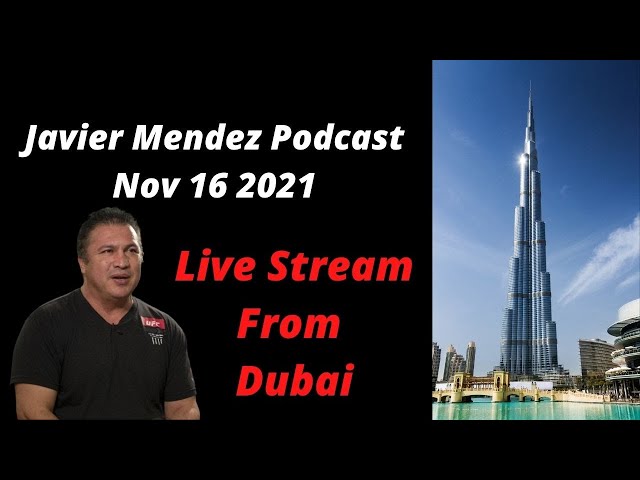 Islam Makhachev has his sights set on UFC lightweight gold

While Islam Makhachev could move up in weight in the future, the Dagestani MMA stalwart is currently focused on the UFC lightweight division. UFC lightweight champion Charles Oliveira is set to defend his title against Dustin Poirier at UFC 269 on December 11th.

The winner of this fight will likely defend the UFC lightweight belt against Justin Gaethje in 2022. Meanwhile, many believe Islam Makhachev, who’s on a nine-fight win streak, is likely just another win from a title shot.

Watch: 5 UFC fighters who found success in the WWE!