WWE is reportedly planning to drop the controversial “daddy’s girl” angle on NXT 2.0.

Earlier this week, the brand aired a vignette teasing the arrival of Tiffany Stratton. She is seemingly set to play a rich, spoiled “daddy’s girl” on screen. The character is thought to be similar to the ones we often see in Hollywood movies.

However, the latest backstage reports claim that the company plans to cancel the angle after it fetched immense criticism from the WWE Universe. Bryan Alvarez shared the update on Wrestling Observer Live and said:

“I don’t know if it’s because of me okay, I’m not gonna take credit for this. But I couldn’t help but hear within the last few hours that they may now be backing away from this daddy’s girl character so we’ll see. I’m not sure how many vignettes they’ve already shot but if she’s no longer talking about ‘daddy’ then you’ll know why. You heard it here first.” (h/t WrestlingNews.co)

You can watch the vignette below: 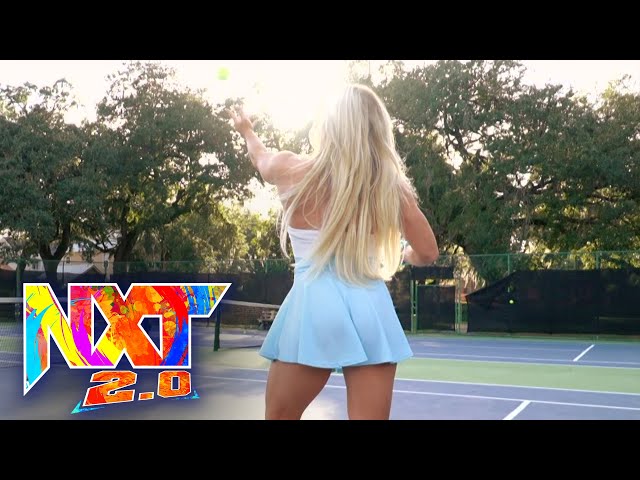 As of this writing, it is unclear if WWE will drop the entire gimmick of a rich, spoilt brat or just the “daddy’s girl” description. While not everyone was impressed with Tiffany Stratton’s proposed gimmick, fans still have high expectations from her upcoming debut.

Soooo what happened to Aalyah Mysterio and Buddy Murphy? They just quietly dropped it or something?

Maybe they’ll pick it back up when Seth Rollins is back?

Soooo what happened to Aalyah Mysterio and Buddy Murphy? They just quietly dropped it or something? Maybe they’ll pick it back up when Seth Rollins is back? https://t.co/ZT6NynOBMg

Last year, a storyline involving former superstar Buddy Murphy and Rey Mysterio’s daughter, Aalyah Mysterio, also met the same fate. The writers scripted a romantic storyline between the two names mentioned above, but it didn’t sit well with a lot of viewers who pointed out the big difference in their age.

The promotion quietly dropped the angle after which Murphy was taken off television. The booking was part of a feud between Seth Rollins and the Mysterio Family.