A teacher’s assistant accused of raping a six-year-old girl was allegedly only stopped when a teacher noticed a phone propped up and facing the school toilets.

The 21-year-old allegedly filmed himself raping the young girl during a series of despicable sexual attacks on children over three days, Brisbane Magistrates Court heard on Saturday.

Police allege a year three teacher at the Brisbane school found the phone and then called police, who confronted the aide.

He allegedly confessed to a video on the phone showing him raping a female year one student ‘for about 10 minutes inside a toilet cubicle at the school’, Magistrate Suzette Coates said. 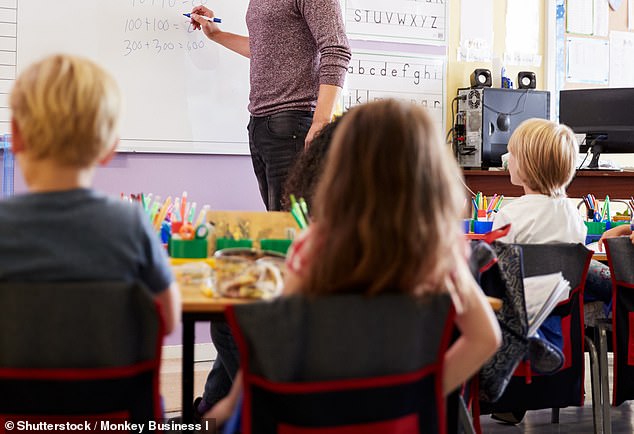 A teacher’s assistant who allegedly raped a six year old girl was only stopped when a teacher noticed a phone propped in a strange spot – facing into school toilets. Pictured is a stock image of a classroom, not including the alleged perpetrator or victim.

Police allege the man admitted to making the videos, which court documents say showed him making two young girls remove their clothes and being sexually interfered with.

The offences all occurred within three days, the court heard.

The man is facing sexual assault charges including three counts of indecent treatment of a child under 12 by a carer and four counts of making child exploitation material.

He is also charged with three counts of possessing child exploitation material.

His application for bail was opposed by police, who called the allegations ‘significantly predatory’.

The defendant had a blue card, which is needed to work with children, but no criminal history. 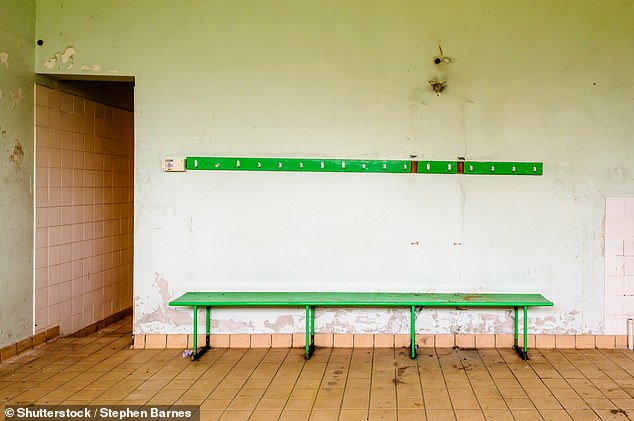 The alleged paedophile, 21, filmed himself raping the six year old in swimming pool toilets during a series of despicable sexual attacks on children over three days, Brisbane Magistrates Court heard

‘The fact that he works as a teacher where he is in a position of trust and he’s (alleged to have) abused that trust,’ she said.

The alleged paedophile was remanded in custody.