FIFA 22 has been dropping several single-task SBCs throughout Black Friday celebrations that guarantee player items with certain minimum ratings, with the latest one being the 82+ Upgrade SBC.

In general, single-task SBCs provide a great way for FIFA 22 to complete cheap and easy-to-do SBCs for beginners and veterans alike. Additionally, these SBCs guarantee the minimum overall of the obtainable rewards. While it may not necessarily assure useful rewards, there is an assurance that it will less likely result in a FIFA 22 barely usable player item.

Tasks, rewards, and review of the 82+ Upgrade SBC in FIFA 22 Ultimate Team

The 82+ Upgrade SBC is a cheap single-task SBC to complete as it costs at most 4500 coins to complete from scratch. Given the 7 player items and easy conditions, FIFA 22 players can conveniently use their fodder. This will sweeten the SBC by reducing its costs of completion by a significant margin.

The 82+ Upgrade SBC is a simple but effective single-task SBC in FIFA 22 Ultimate Team. It is a repeatable SBC, so FIFA 22 players will complete it as many times as possible. However, the SBC will not be in the game forever, and FIFA 22 players will get less than 3 days to complete the 82+ Upgrade SBC as many times as they want.

Review of the 82+ Upgrade SBC in FIFA 22 Ultimate Team 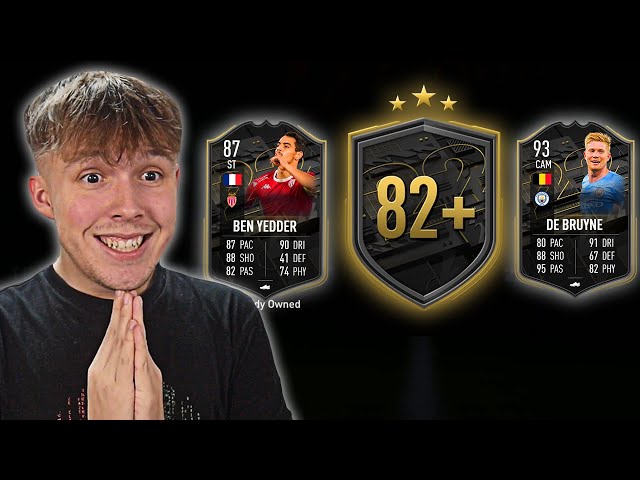 Due to their ease of completion and cheaper costs, the potential of a single-task SBC being poor is less, but some SBCs were terrible. The 82+ Upgrade SBC is on the other side of the spectrum that guarantees one 82+ rare player item every time the SBC is completed.

There is a distinctive reliance on the luck factor as the value of the SBC will largely depend on the rewards. However, with low costs and overall and type ceiling, the 82+ Upgrade SBC is a good SBC to complete in FIFA 22 Ultimate Team.