Free Fire’s developers provide updates periodically, and as a result, new features are introduced to the quick-paced battle royale title. So, whenever a new update is scheduled for launch, there is a great deal of anticipation among the game’s community.

Free Fire’s previous version was launched back in September, and the new OB31 iteration will be made accessible to players worldwide on 30 November, which is tomorrow. Several of its features have already been confirmed.

On their social media handles, the developers have confirmed the following features of the Free Fire OB31 update: 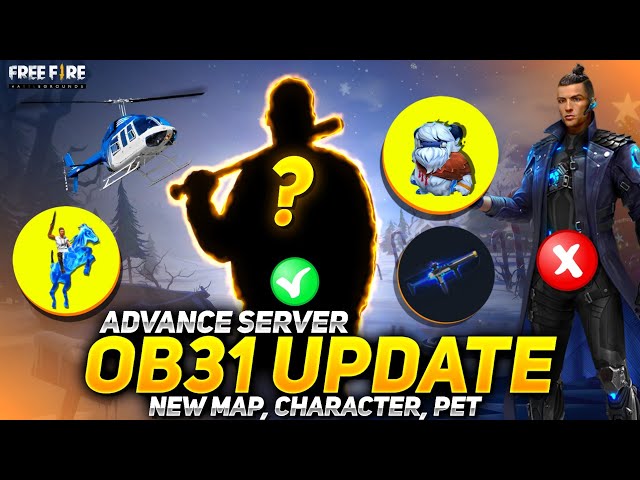 Here are a few features that were present in the Advance Server and may be added to Free Fire the update:

Ice Iron is the unique ability the mystery character possesses, and it is linked to gloo walls. In general, the durability of a wall is boosted by 10% each second, which is quite significant. Moreover, while using Assault Rifles (ARs), they inflict 20% more damage to gloo walls.

These two percentages rise to 15% and 25% once the character reaches its max potential.

Pets are also an essential part of Free Fire. The recent Advance Server included a new one which was named “Yeti.”

“Frost Fortress is the name of its skill which lessens the damage individuals suffer from exclusives.”

Additionally, an attachment known as “Akimbo Activator” was present in the Advance Server, which allowed users to transform their firearms into the Akimbo mode.

Note: These features are yet to be confirmed by the developers. Moreover, the ones in the Advance Server are subject to change with the final release.