There has been no love lost between Tommy Fury and Jake Paul leading up to their much-anticipated bout on December 19th.

Tommy Fury, in an interview with Frank Warren’s Queensberry Promotions, expressed his thoughts on his upcoming fight with ‘The Problem Child’.

The British boxer argued that he had been boxing all his life, whereas Jake Paul has only begun to learn about the sport. Stating his intentions for the night of the showdown, Tommy Fury said:

“Now, anyone with a pair of eyes can see just with the boxing technique itself, that I have got the capability to destroy this man… There’s no chance in God’s green earth not this man is going to give me a fight, because I have grown up doing this. This is my life and I can’t believe that I’ve got the opportunity on a worldwide stage to dismantle an idiot.”

Jake Paul will face the toughest challenge of his boxing career when he faces Tyson Fury’s younger half-brother, Tommy Fury, in a grudge match.

Many people believe that Jake Paul has taken a step too far, and that the YouTuber turned boxer is not ready to take on Fury, who has been boxing all his life. However, Paul showcased his eye for the ‘sweet science’ when he defeated former UFC welterweight champion Tyron Woodley via unanimous decision.

Tommy Fury has got a lot to prove against Jake Paul after his somewhat-ordinary performance against Anthony Taylor on the undercard of the Jake Paul vs. Tyron Woodley fight.

Tommy Fury has stated that the fight against Jake Paul will undoubtedly change his financial status as millions are expected to tune in to watch the highly anticipated matchup.

He claimed that Jake Paul already has an abundance of wealth, and that he doesn’t need to box him and risk brain damage. He added:

“When it comes down to it, I am a dog in this fight. He’s got hundreds of millions pounds in the bank. He [doesn’t] need to do this. And he’s going to be thinking, ‘Oh God, I’ve got all this money in the bank, I don’t really need to do this, why am I getting brain damage?’, but for me, I’m hungry. This [fight] here, can change my life financially, it [has] already changed my life financially. But when I win against him, it takes me to a whole different level”

Watch Tommy Fury’s full interview on the upcoming fight with Jake Paul below: 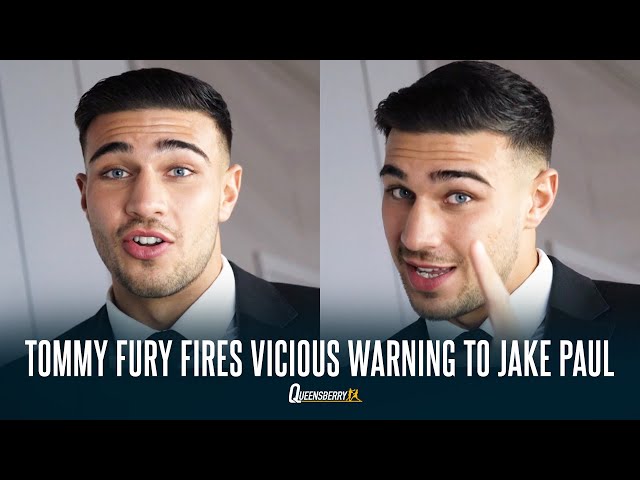